This "Hero of the Dark" 2001 set brought us the Light and Sound version of Chap Mei´s "Little Bird" helicopter. 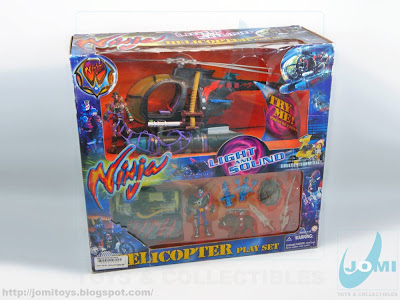 For many, one of the most successful lines from Chap Mei, it may also be so due to some of its set´s rarity.  Like this one here today. 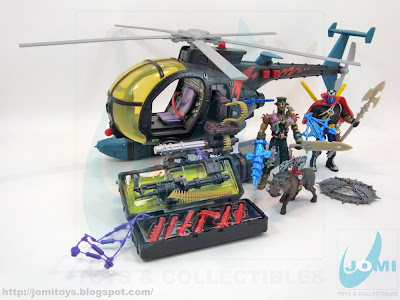 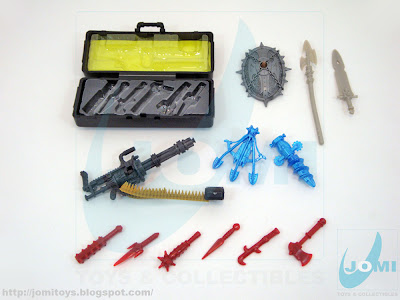 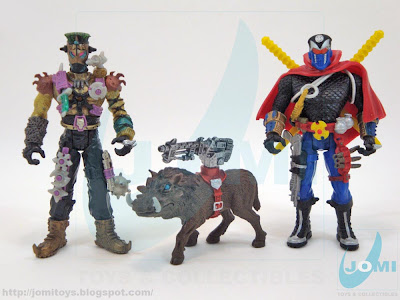 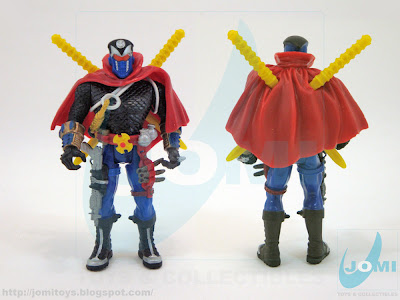 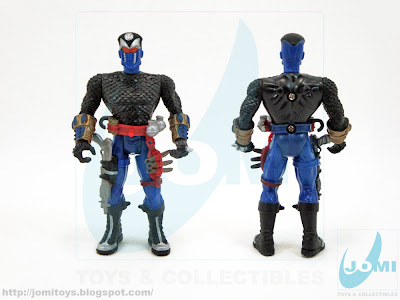 The colors are much more balanced here, with the original. And of course, rotating wrists. Awesome. 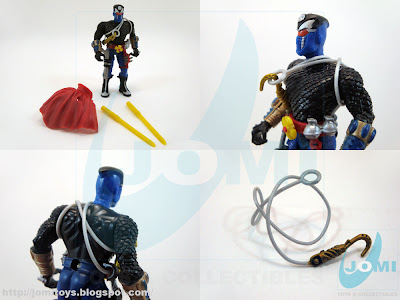 Something Simba forgot, the cable and hook. Great accessory! 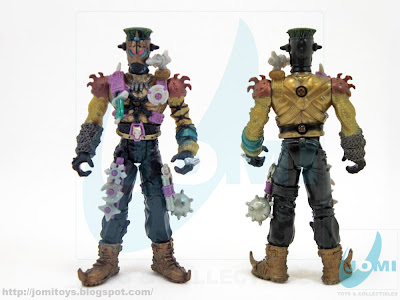 Figure: "Gold Mask". Another greater version than its Simba counterpart. 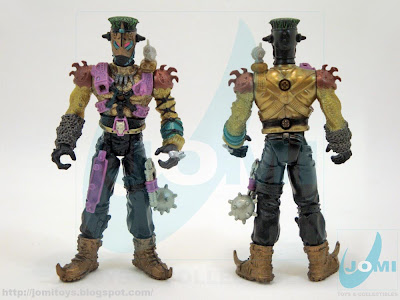 Without "plug-in" accessories. Another ace from this theme´s sleeve. 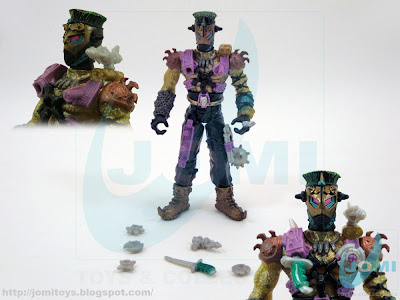 The painting was careful, the detail was neat, this was one of Chap Mei´s greatest achievements. 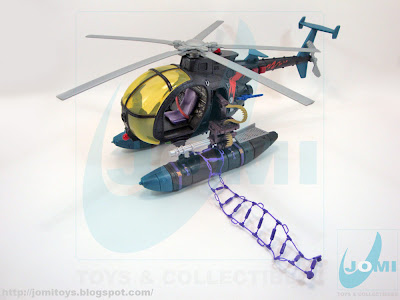 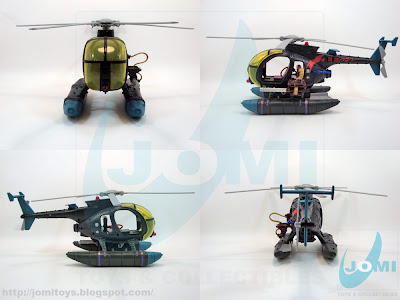 Great paint scheme, the red on black is always a winner in these cases. And we finally got the electronic version of this "bird" to review. About time, too! Most "Ninja" box graphics show the word "Ninja" on the floaters, but as you can see, this one doesn´t have it. 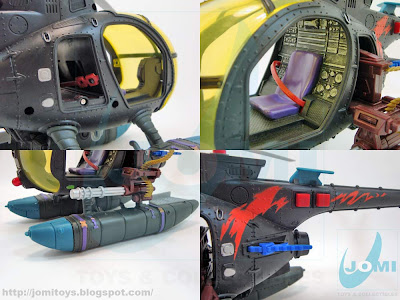 The yellow cockpit glass comes up beautifully. The red bolts are very cool and the interior has some decent metalic details too. Ouch, hurts so good. For a military version, refer to "True Heroes Sentry Outpost - Little Bird Playset" 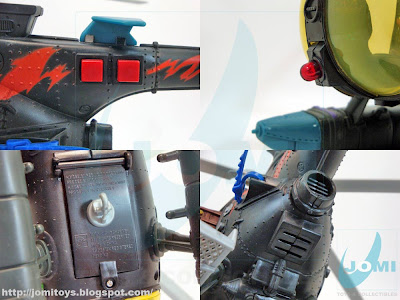 Electronics. The sound comes under the helicopter´s exhaust and the lights (when pressing any of the 2 red buttons) flash both on top and nose. 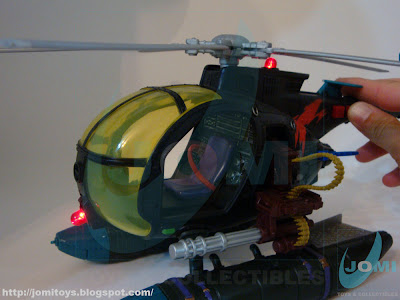 Action shot in the "dark room".