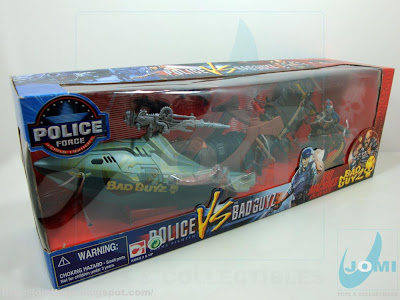 Using the right colors to give these vehicles a "used" look, CM gave this theme some of their best creations. 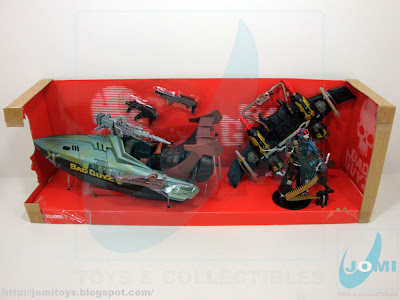 Fresh out of the box to smell the air for the first time since it was acquired years ago, for the post-apocalyptic and "Dreadnoks" fans, this is another "must". 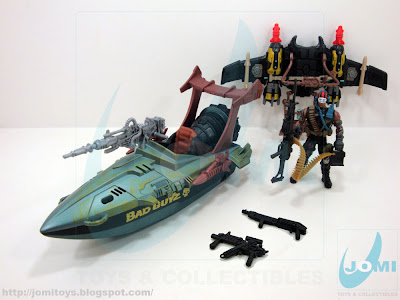 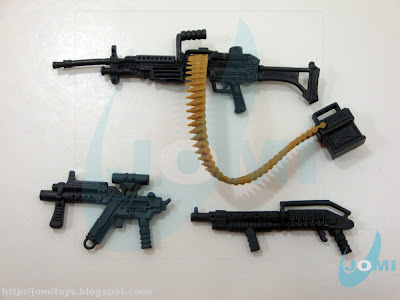 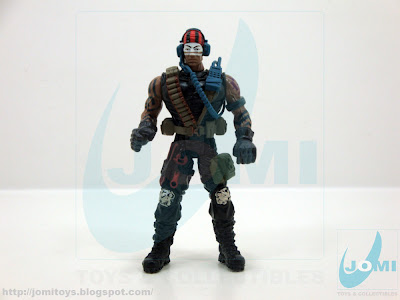 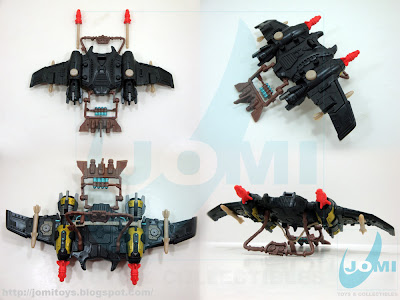 Previously seen here when we reviewed the "Soldier Force V Silver Falcon" play set, although this one here is an older release. The two are exactly the same mold and paint scheme, and I should add, great ones. As said then, the detail is very good and apparently "C.L.A.W." inspired. 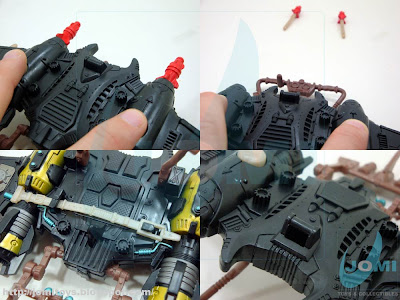 Spring loaded missiles (which really shoot) and safety belt to hold a figure and even a place to clip a hook into (or use a line), the only downside are the missiles under the wings. They´re stuck there for show. 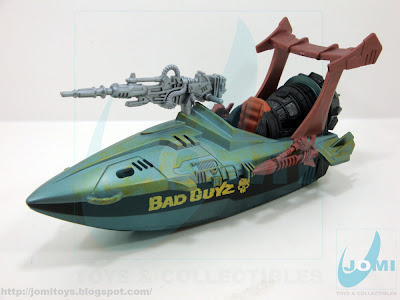 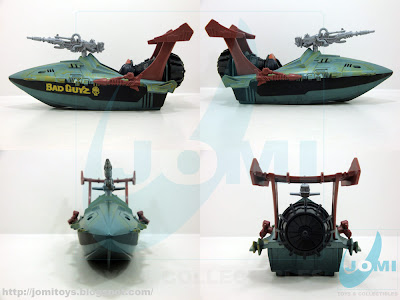 If there was a doubt whether the "Bad Guyz CLAWZ" was a "G.I.Joe Badger" adaptation, or mere coincidence, here it´s pretty much obvious the 1990 "Piranha" was present in CM designers. Maybe a little too much. Please observe. 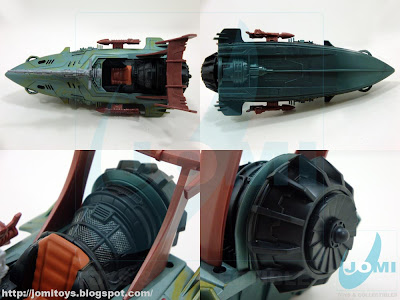 "Toy tracing" with a couple of mods, the painting decisions on some details is... awesome. I particularly enjoyed the rusty look and metalized grills on the turbine. 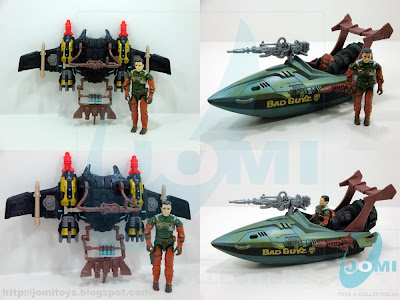