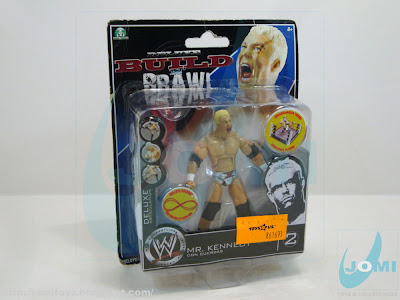 One of 6 figures, each one containing a part of the wrestling ring.The other guys are: Shawn Michaels, Rey Mysterio, Randy Orton, Batista and Kane. 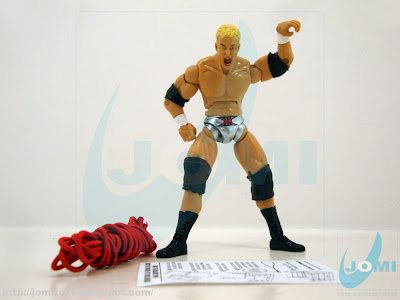 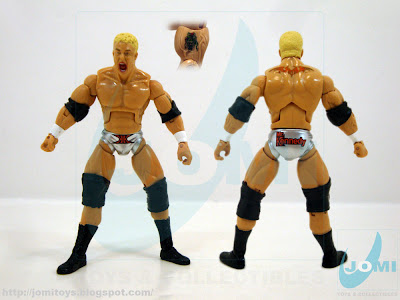 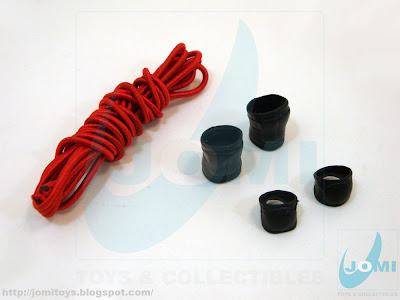 Included accessories. Knee and elbow pads and the ring part. In this figure´s case, the ropes. 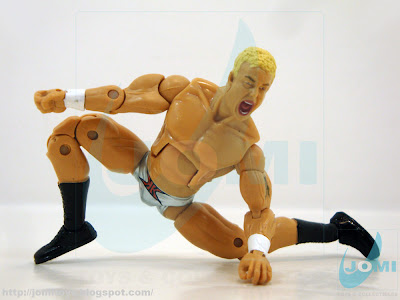 As one can see, the articulation points serve the wrestler´s moves. A little hard to keep him standing, especially due to the absence of holes in its feet. 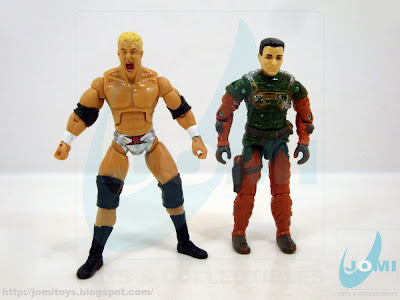