This second Sentry Outpost set from the Soldier Force V series was also purchased in Holland for the same amount of US$35. 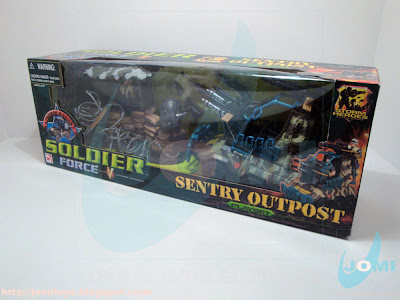 Another rare item to find in this package set, this particular one is even harder to find than the Jeep (in Europe, at least). 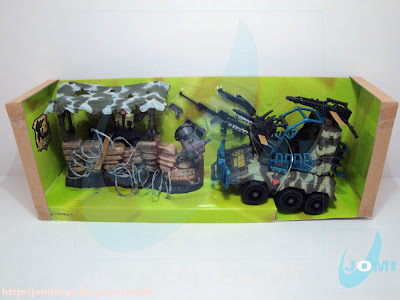 Holds one of the most underrated vehicles of Chap Mei´s "army". A mobile AA gun. 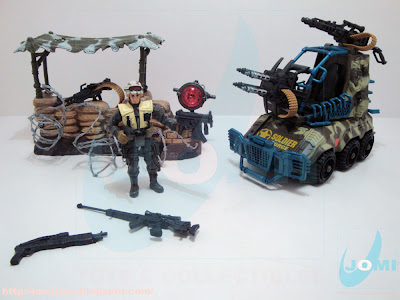 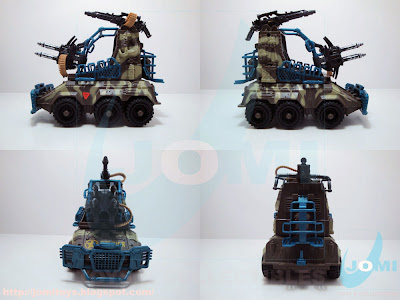 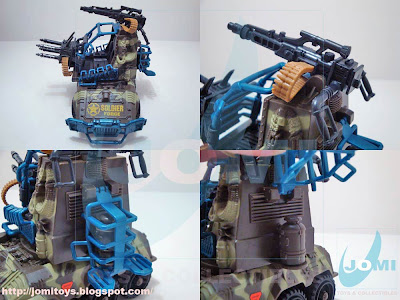 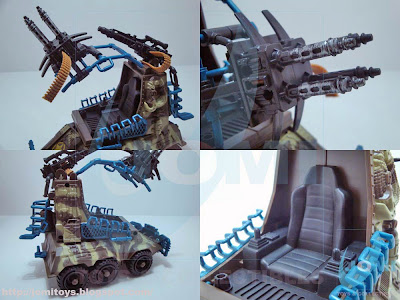 Yet more detail and action shots on this one. The front opening cage is too cool. Aliens-style. 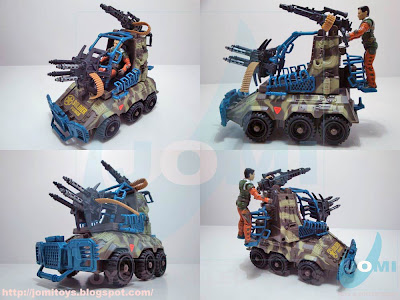 Scale shots with a G.I.Joe RAH figure. Note how great the vehicle looks. Reminds me of the good old 80s RAH series... upgraded. 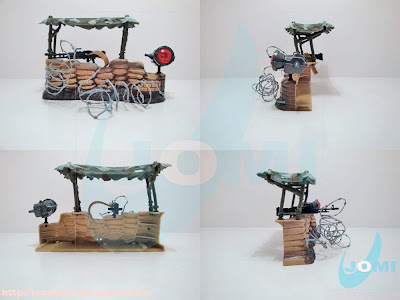 The outpost. Also capable of connection with the Dino Valley towers sets, this one differs from the previous reviewed set in the form of sandbags instead of barrels/drums. 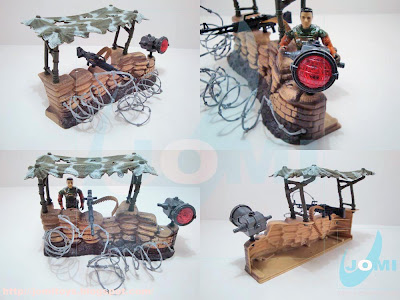 More scale shots behind the outpost. If you can, pick one up, you won´t regret it.