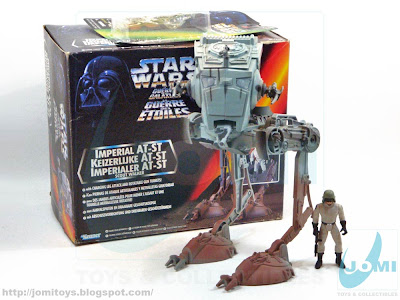 "The All Terrain Scout Transport (AT-ST) was a bipedal walker used in rudimentary form by the Galactic Republic during the late Clone Wars and, later and more extensively, the Galactic Empire during the Galactic Civil War". 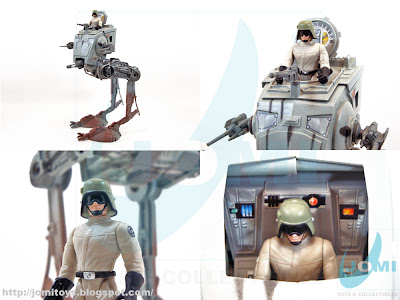 aka "Chicken Walker", this is another one of the most cherished items in the Star Wars universe, due to the roll it had in the successful rebel raid in the Endor moon. 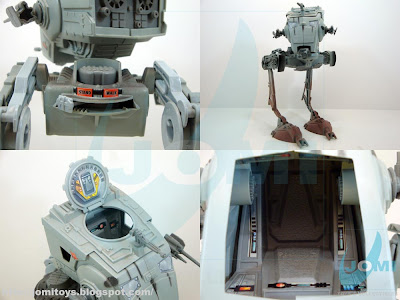 Including "charging leg attack and rotatable gun turrets", this vehicle included the "stand or walk" options. Painting... the (then) new "dirty" look.

Status: Available for trade
Posted by JoMi at 3.5.11