The second of the two "3 figure pack" sets from this "Fire Fighters" Chap Mei line. 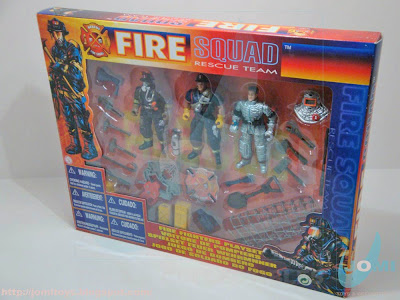 Another lot of interesting figures, and in the Fire Squad, the only figure that I recall never being part of "figure sets" was the helicopter pilot. 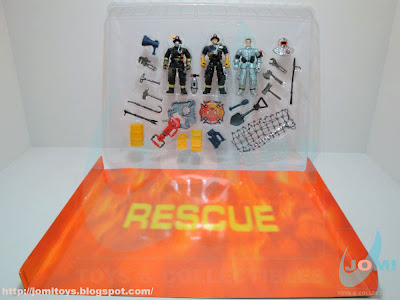 The oxygen tank is a particularly useful item for 3 3/4" G.I.Joe collectors. I believe I failed to mention that detail in Playset#1 review. A little hard to connect to the figures backs, but with a little art, it can be done and looks great. 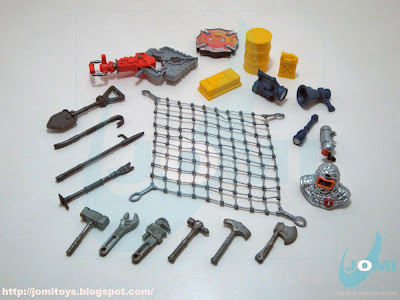 Back then, the figures and lines (other than soldier and police) were "armed" with pretty much the same accessories. In that matter, little has changed. 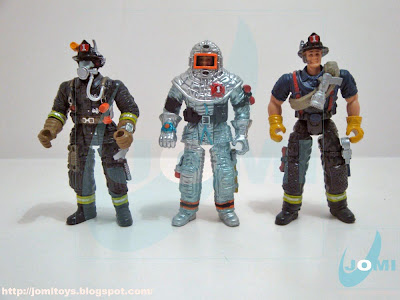 Included figures. Keep in mind that this was the first really notorious evolution since the first series of "Soldier Force" and "Police Force" items. It was a tremendous achievement in various ways. 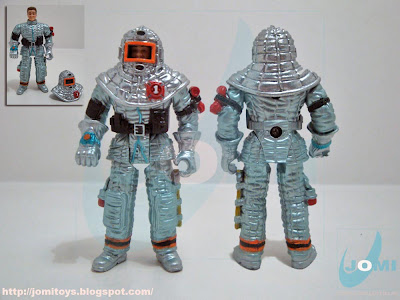 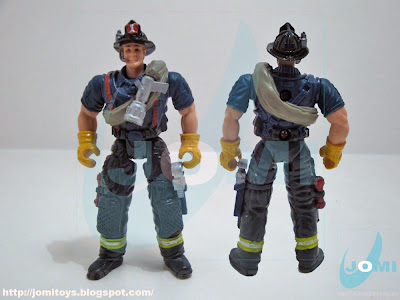 In this follow-up line, the main difference as far as sculpting goes (apart from the obvious evolution on detail), was related to those part-implementation aspects. Flashlights, tubes, tools. All these made these figures stand up. However, more difficult to put on vehicles. 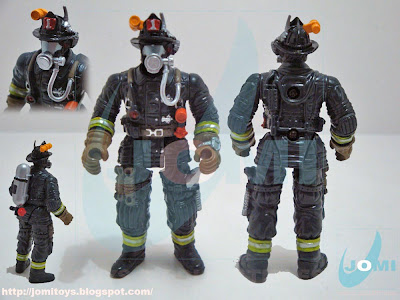 A mask-on fire fighter and oxygen tank picture. All these were great sculpts. 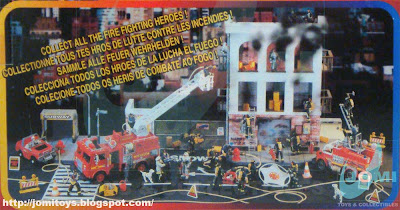 A picture from the box´s back shows us a decent diorama with an action scene going on. As you can see, all the firefighters (so far, until Chap Mei gives us more) were covered in these 2 posts.