"The Corps!" 1998 set, this was a "collector´s special edition" released in a french package. 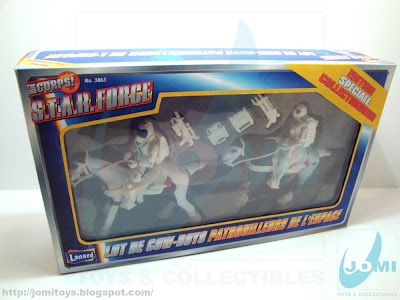 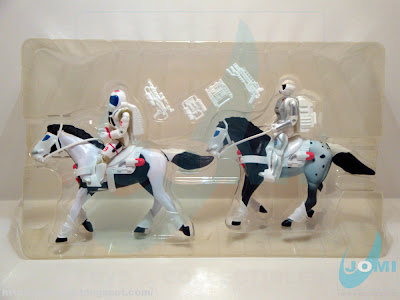 Although opened by the very first time in over 10 years, the insert shows its signs of time. Fortunately, the figures are immaculate! 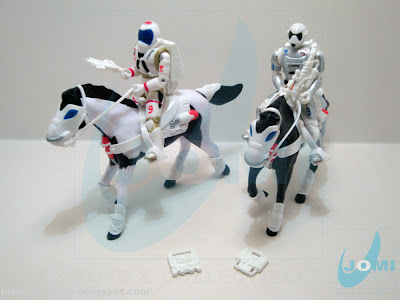 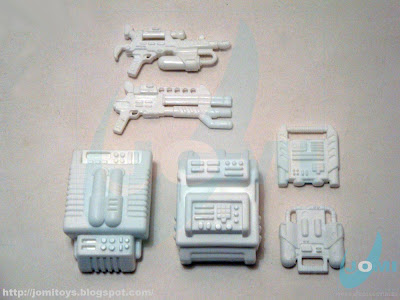 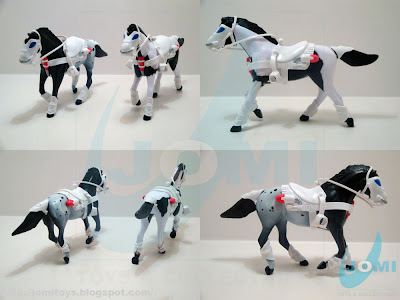 Horses with space gear. The horses are really heavy and have the feel of "money well spent". Sort of "Schleich" kind of quality. Maybe even higher, since these are not PVC (Polyvinyl chloride) but a harder plastic composition. These horses have 1997 marks. But this is a 1998 set. 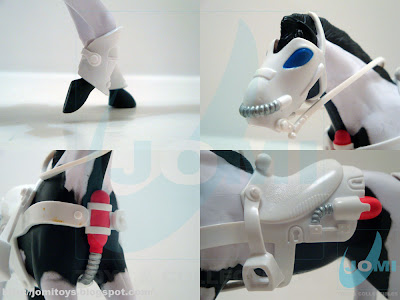 I figure these animals have the essential for fictionalized space runs: leg weights and breathing equipment. Actually, in that area, it´s quite detailed and convincing, so it kinda sells! 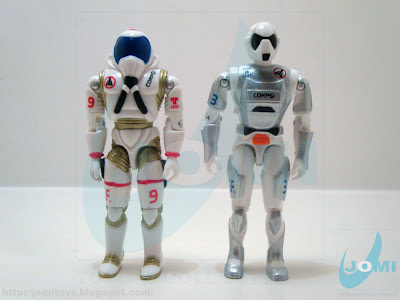 Figures: S.T.A.R. Force astronaut team members "9" and "3". We´ll have a better look at these later.