Around the middle of the new millenium´s first decade, Spanish Giro Toys & Games released throughout western Europe a negotiated franchise. 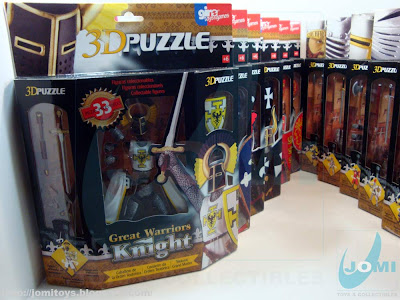 The line went by the name of "3Dpuzzle" and the theme was "Great Warriors - Knight". Later they tried the same with pirates and soon after, nobody ever heard from them again... 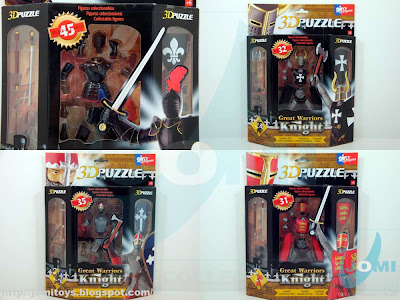 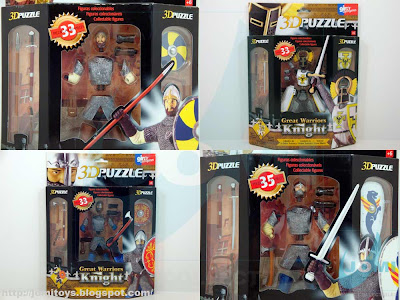 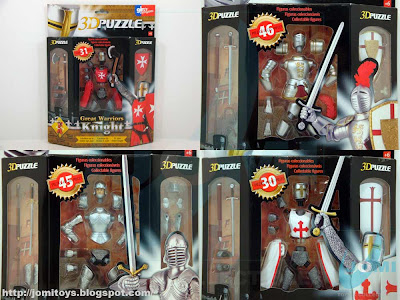 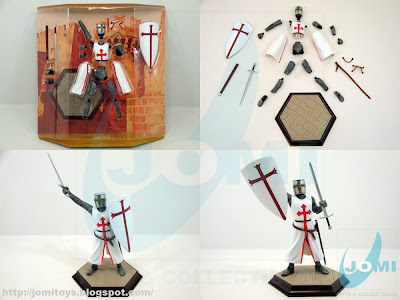 Out of the box shot and included parts & assembly of "Templar Order Knight", a movies-favorite. And my own, I must admit. The figure is excellent and has a decent amount of articulation... for a statue. The detail is very good and the accessories are very well made. 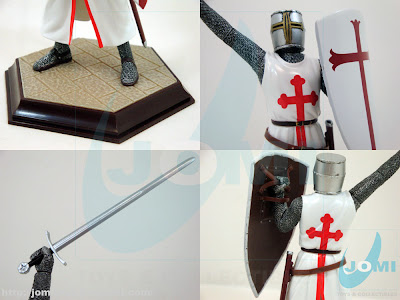 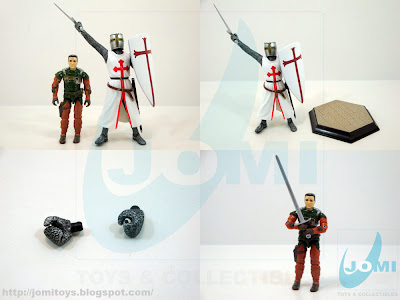 As far as scale goes, one will find hard to incorporate these in the 1:18 themes. Weapons fit Chap Mei figures greatly, as it would be expected. However, some particular items may be of service to some figures here and there. Hands, some weapons. Maybe even to use these figures as statues for halls or plazas. Who knows. Also, these do not have any holes for bases or stands, so the included stand serve whatever purposes one can find. 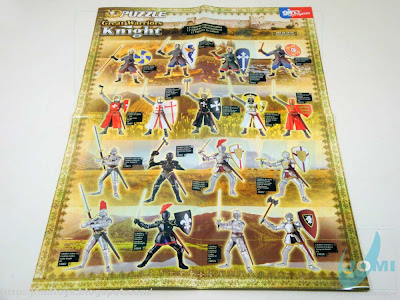 On an ending note, the included flyer illustrates 17 figures. We only managed to find 12.

Status: Unavailable
Posted by JoMi at 9.2.10