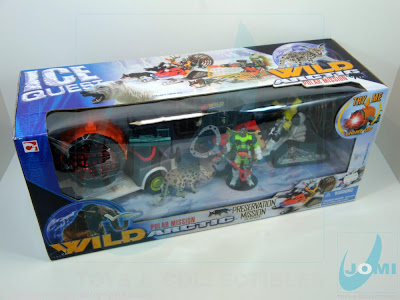 A great set here. Figures, animals and vehicles, they are all right in the money. 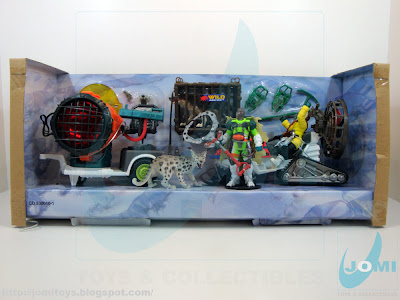 Maybe it´s just me, but this alignment of items reminds me of the middle 80s G.I.Joe (and other lines) golden age. 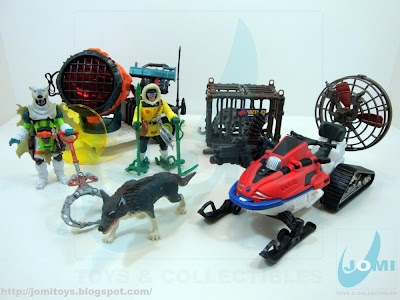 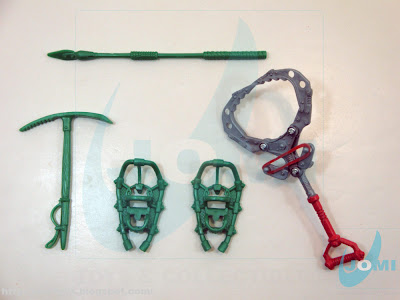 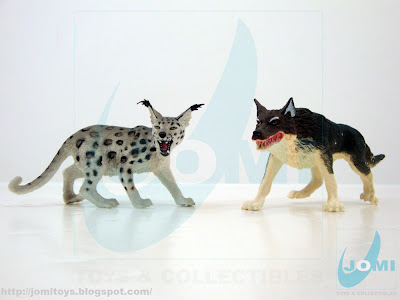 Animals. A wolf and what seems to be a type of lynx. Maybe the extinct Lynx issiodorensis, but I may be completely off. 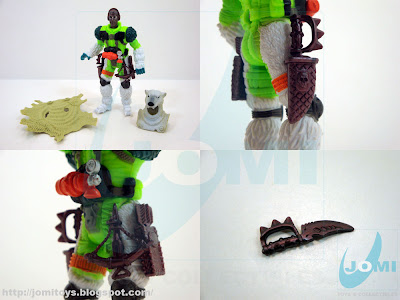 When reviewing the Vikings Warrior Playset - Bearskin Jarl post, I made reference to this figure here. 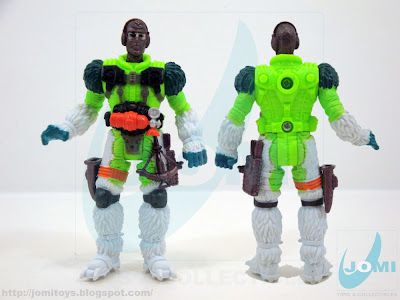 "Wild Arctic" figure very similar to the 2002 G.I.Joe "Snow Serpent" and later "Snow Wolf" in 2004 for the Valor Vs Venom line and movie concepts." This guy does actually look like a Cobra trooper. Agressive-looking, and yet, the chosen fluorescent color makes him somehow a prospector instead of a hunter. Wild Arctic theme had another variation of this figure in a "brick" color. 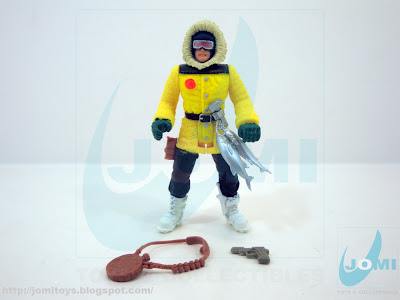 The other figure. Also present in the "Wild Arctic Mammoth Transporter Playset". 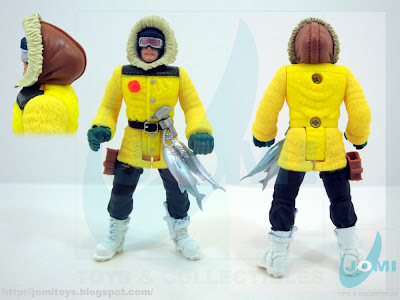 Another very interesting figure, a lot more scientist-looking. The jacket logo is very similar to Bering´s. 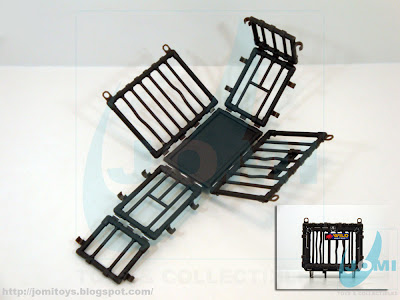 Cage. Present in a lot of themes and subsequential sets. 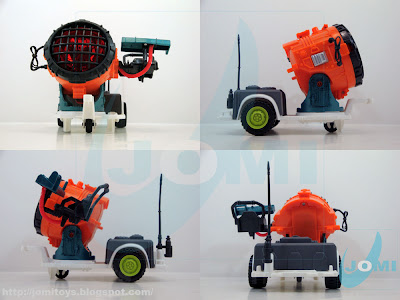 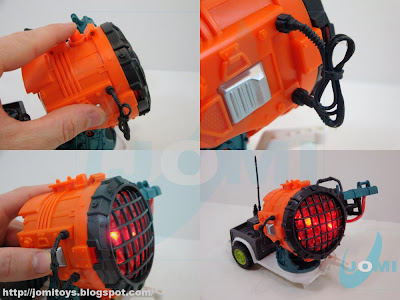 2 ways of turning on the light on this one. Either sliding the switch and it maintains itself on... 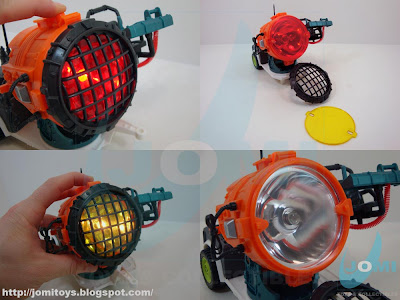 Or you activate the top switch which keeps the light on just while you press it. Also, an extra "yellow cover" for the light. 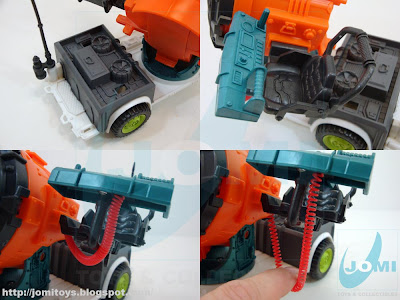 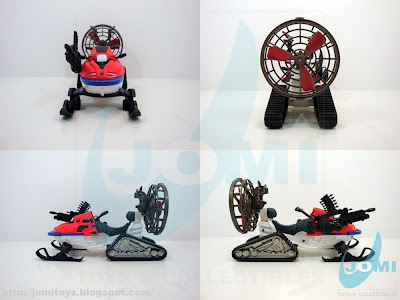 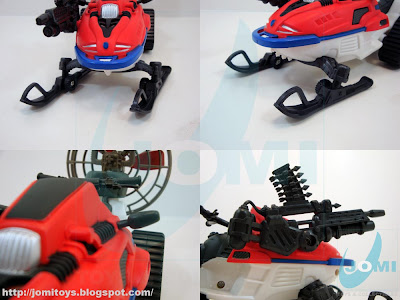 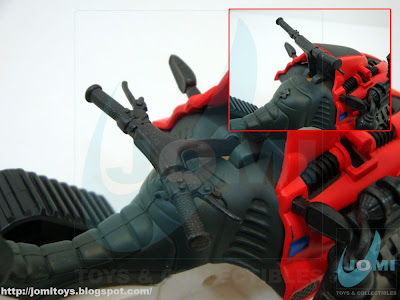 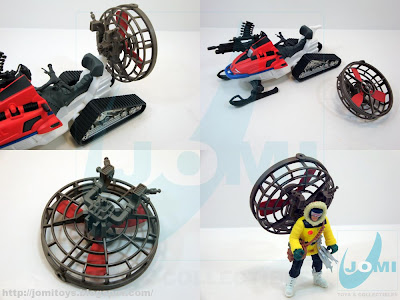 Removable fan attaches to figure´s back. 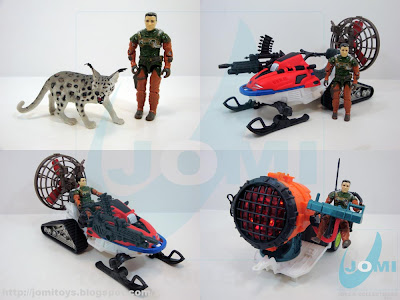 Status: Unavailable
Posted by JoMi at 3.2.10