Acquired in Spain during the 2008 Christmas season. Another sought-after item. 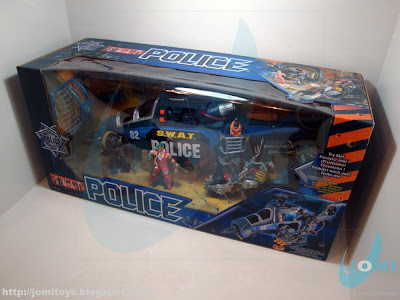 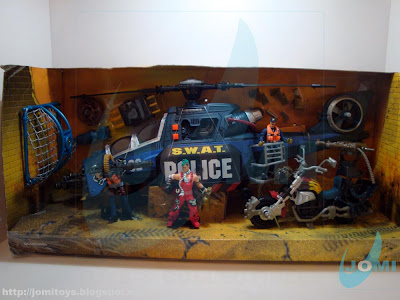 A lot to keep your hands full! 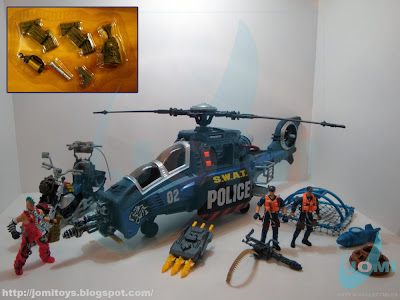 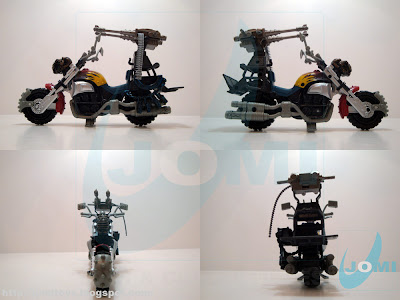 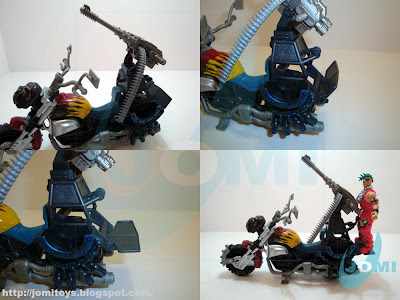 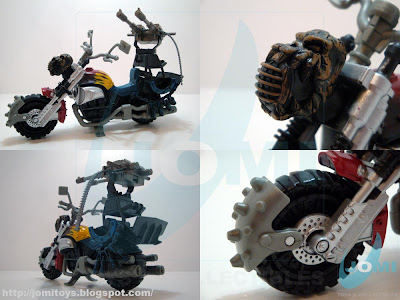 More detail shots. Headlight looks cool. the whole bike is awesome looking. Too bad it is, in fact, a little oversize for 1:18 figures. 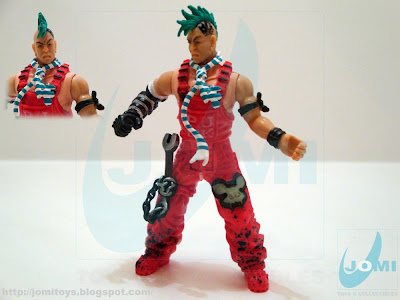 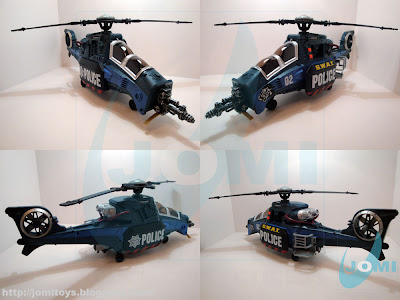 Different angles, same coolness. The rotor blades could use some size, though. 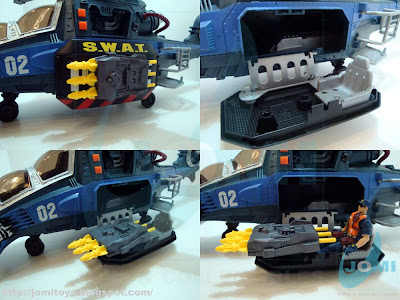 Detail shots of the side missile emplacement/ gunner station. 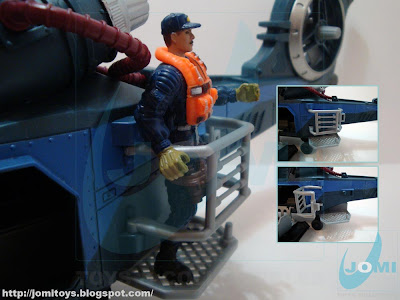 For rescue attempts or to assist the "outside gunner", it´s a cool idea. 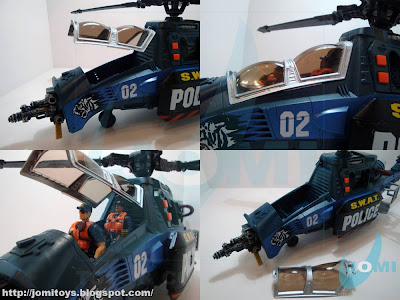 Somewhat disappointing in terms of cockpit details (or lack there of). But, that´s why customizing is such a kick. 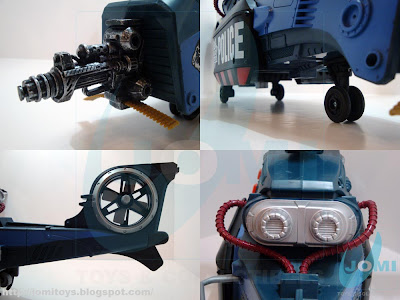 Detail shots. This helicopter´s tail is one of its most interesting details. The nose cannon could be more clean, to go with the rest of the aircraft. 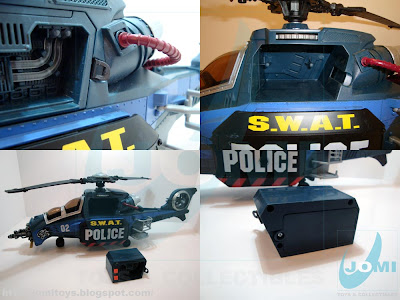 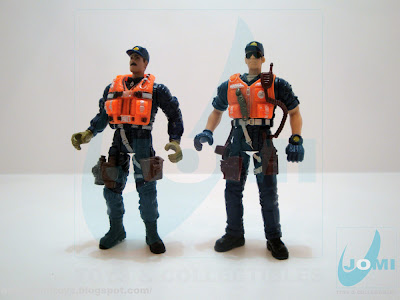 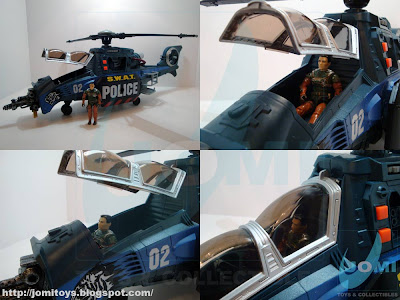 Scale shots with a RAH G.I.Joe figure. It´s a big vehicle and awesome looking. Unfortunately, in terms of cockpit detail is a nullity, however, it leaves room for a LOT of customizing.