To complete your "attack & break" scenes, you need the ultimate medieval attack weapon, the "Claw Tower". 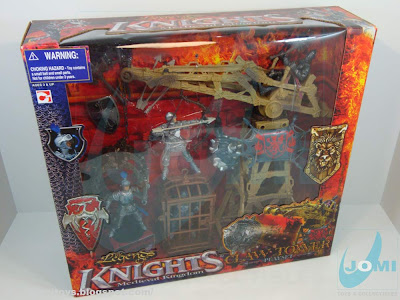 With a price tag of €19.90 (around US$27), this set was a good investment in every aspect. Figures, accessories and a multipurpose tower. 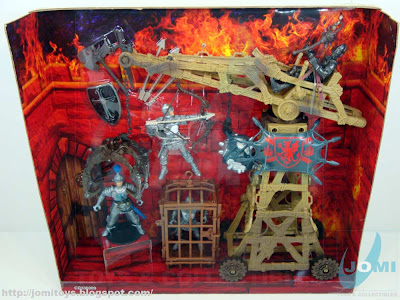 "Knights" went through some changes throughout the years. Before and after this "Legends Of" line. From the witchcraft scene to the giant knights, none had the possibilities (as a whole) this discontinued theme had. 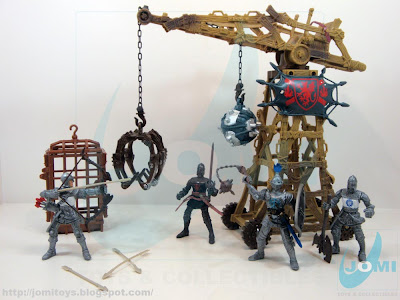 Included items. A lot of stuff to look at. 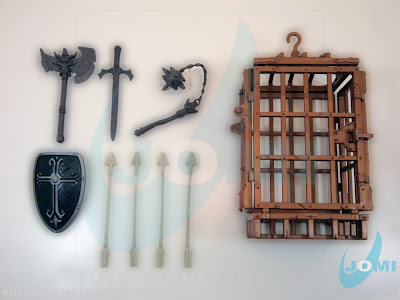 Accessories look. The cage is especially interesting, as we noted in the "Legends Of Knights Deluxe Castle Attack" post. 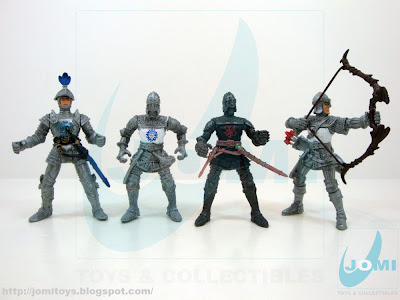 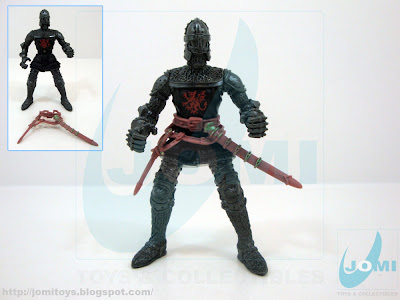 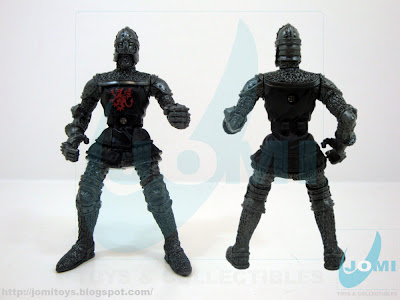 From its waist up, same as the good guys foot soldier, but this one has an entirely different set of (articulated) legs. 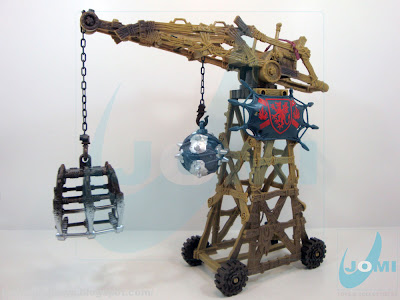 "Claw Tower". Named after the primary instrument used on it. Also has a wrecking ball. 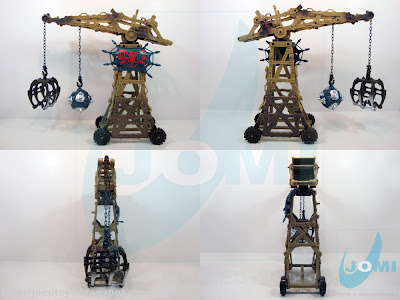 Pretty tall and powerful, can even have more uses than those shown. As a crane, for one. 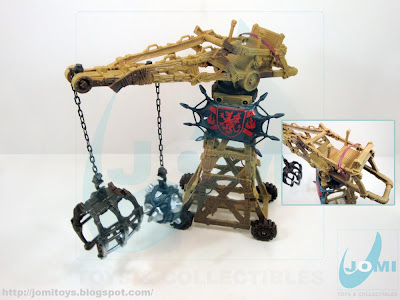 Rotates 360º over its wheeled base. 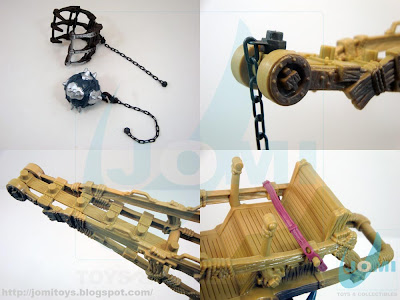 Detail shots of the "peripherals" and assembly placing 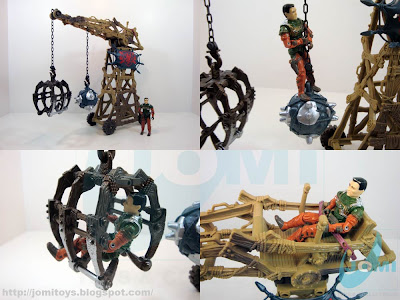