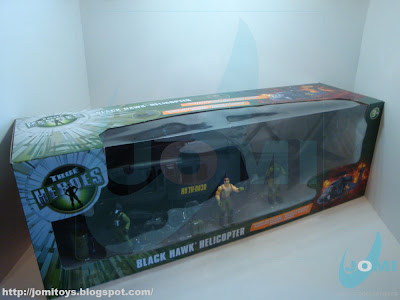 Sikorsky UH-60 Black Hawk using the S-70 design. Spotlight earned especially after the release of the 2001 Black Hawk Down movie. 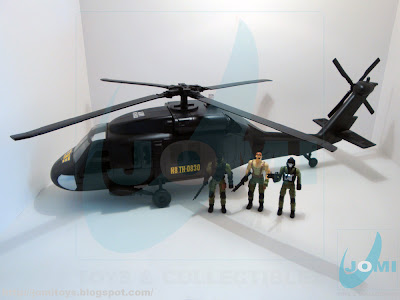 Included items. Figures and weapons are ok, I´ve seen a lot worse, but will be reviewed later and in detail. 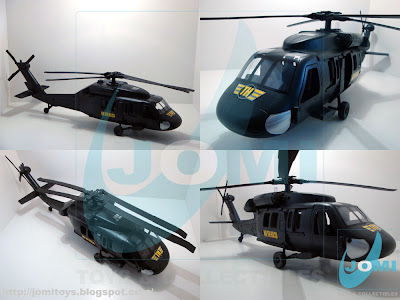 The aircraft itself is marvelous. I have had the privilege of standing next to one of these some years ago during a NATO Tiger Meet and I must say this thing looks as awesome as the real thing. Doors and windows slide revealing enough space for your troops, but far away from the real UH-60 capacity (14). 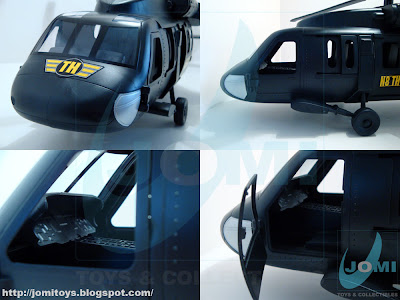 Cockpit view. Nice opening door and gadgets detail. The landing gear is pretty strong, so it can handle rough landings! 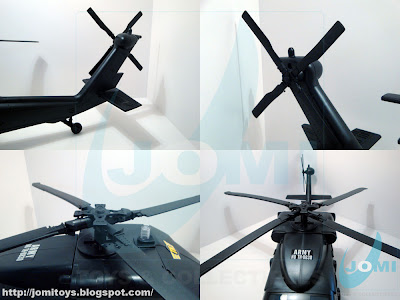 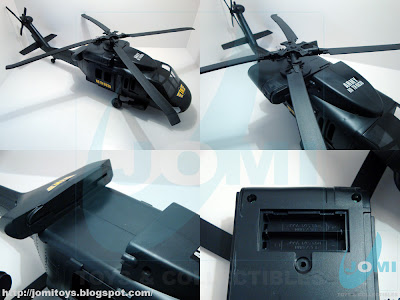 The engines slide sideways to reveal a battery compartment which has no purpose in this one. Maybe someone out there knows what they wanted to do with this. Let´s keep in mind this is a Toys R Us release of a parallel brand, just like the "True Heroes F22 Raptor ". 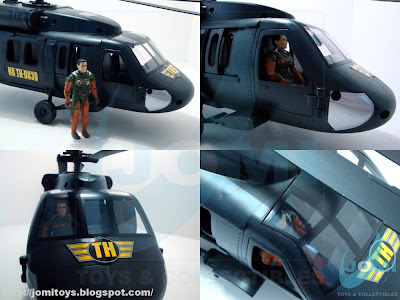 Status: Available through Amazon.com
Posted by JoMi at 19.2.10