One of the first of the discontinued "Rescue Squad" theme, it was certainly one of the most impressive when including the "Great White". 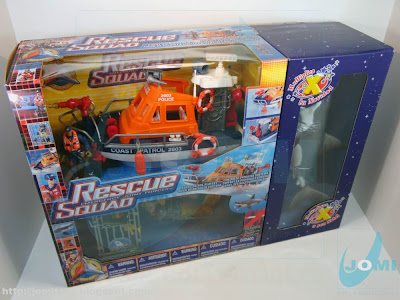 This is a "Toys R Us" exclusive, including the big "man-eater". 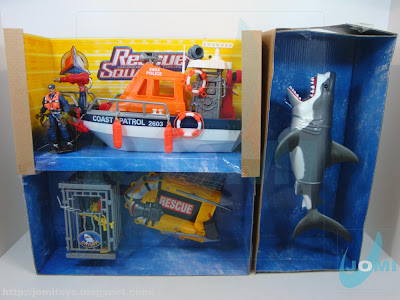 This was way back in time. When TRU sold CM and not "True Heroes". 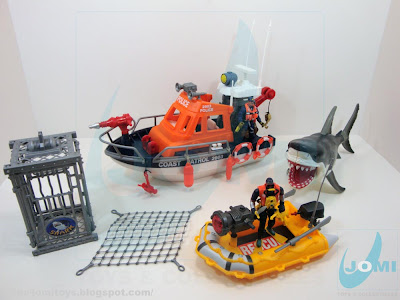 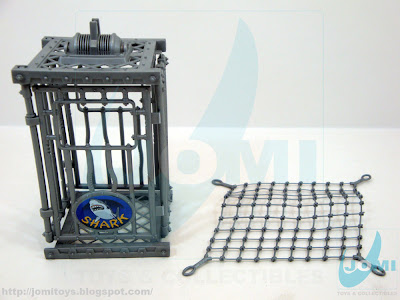 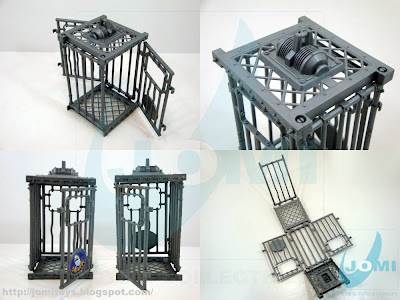 Shark cage. Used for some other purposes throughout some CM themes, this was the actual first set including it. Besides its initial shown intent, also serves many 1:18 collector´s purposes, from jail to elevator. 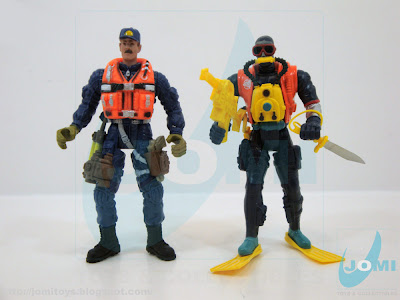 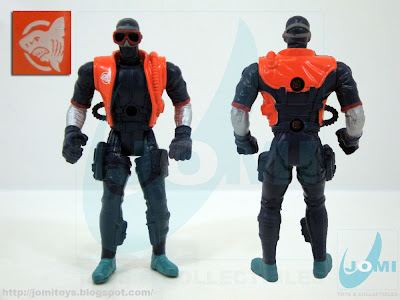 Figure: "Dean Octogear". Based on the first CM frogman, this colorful character has a distinctive logo on his chest. 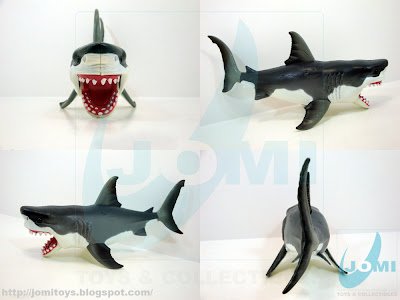 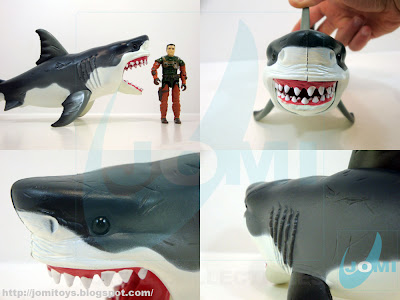 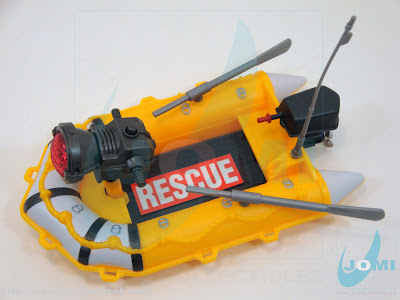 Raft. For more detail on this one, refer to "Police Force Patrol Unit Playset - Speedzer". 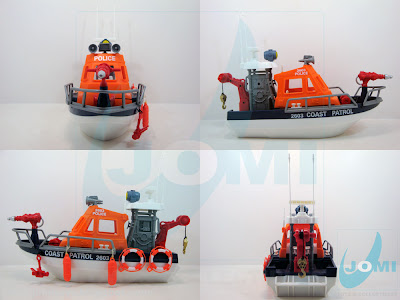 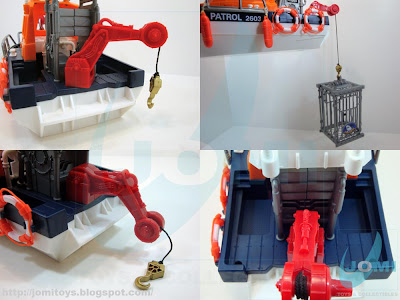 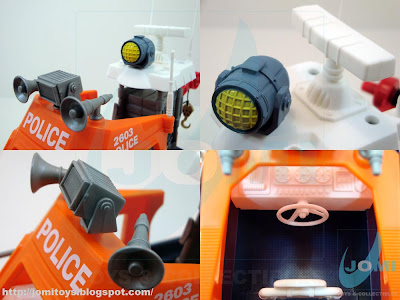 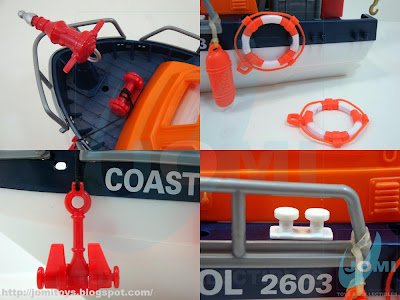 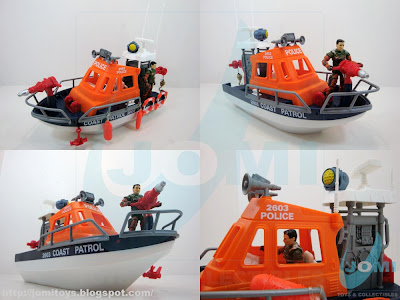 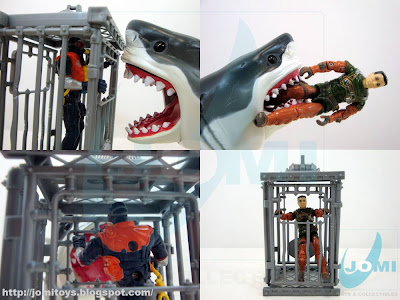