Today, we have 3 figures from the "Raiders of the Lost Ark" and 1 from the "Kingdom of the Crystal Skull". 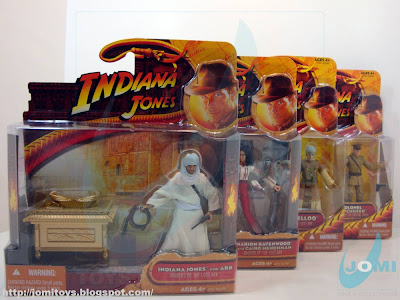 Indy with "Ark of the Covenant". The ark is actually exceptionally well sculpted and the figure itself is good. However, not very Harrison Ford-alike. All the other figures are good enough, but not as good as the "Temple of Doom" wave. They all have their nice details, though. 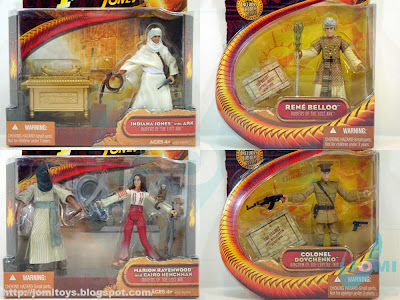 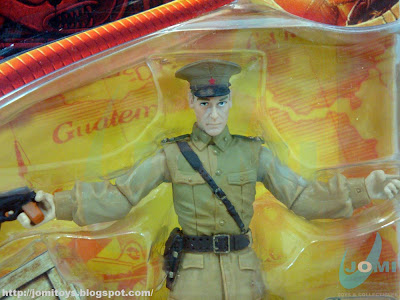 This is "Colonel Dovchenko" from the "Kingdom of the Crystal Skull" movie, but if you´re a G.I.Joe fan, by any chance... does the name "Brekhov, Ivan Nikolevich" ring any bell? - Colonel Brekhov - OKTOBER GUARD COMMANDER. And this is the figure to customize your own!

Status: Available through Amazon.com
Posted by JoMi at 24.2.10