From my own personal favorite Soldier Force series yet, presenting a vehicle which looks like a crossing between a snowmobile and a jet. 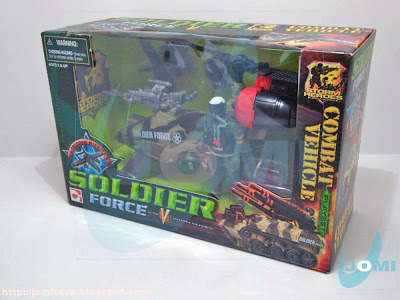 This vehicle was more popular (in a way) in the "Police VS Bad Guyz" scene, maybe it blended there better, due to its "concept vehicle" look. 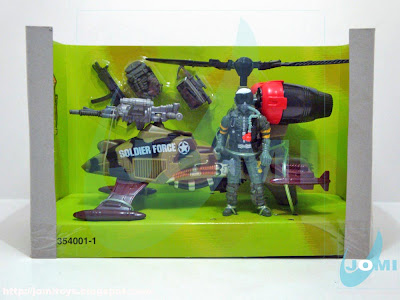 Fresh out of the box, this definitely looks like a futuristic military weapon. I never got to find the "Bad Guyz" version, so this one had to do. The camouflage painting scheme looks funny, but it does the trick. 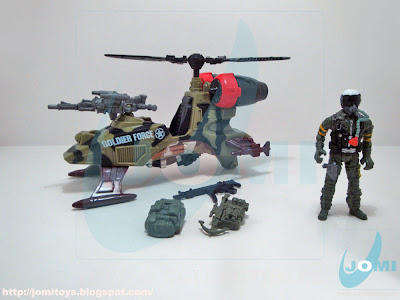 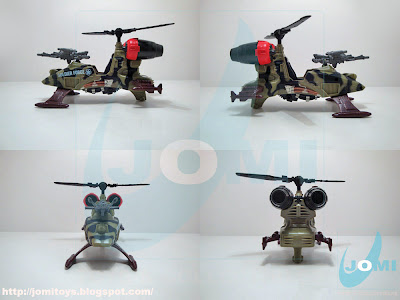 The first thing off would be the rotor blades size. Unless it is supposed to function as a helicopter tail rotor (but on top), meaning in this case, probably pitch attitude (i don´t see any rudders or flaps besides the ones found on the rotor blades). It has 2 skis on front and a bogey back wheel to keep it leveled. 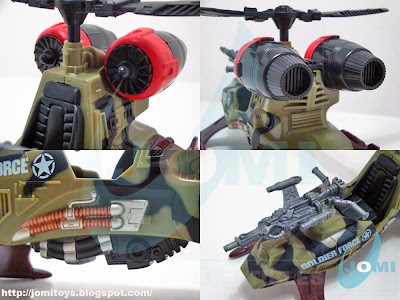 Some detail shots. The engines look nice. The lines on the side of the skiff are cool-looking also. But altogether a really out of this time military view of a vehicle. 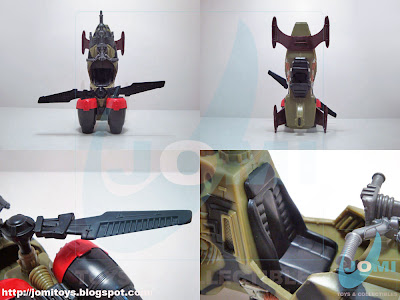 More different angles of this vehicle. 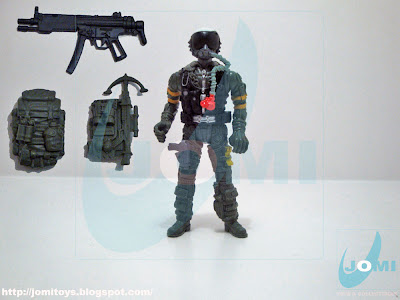 Figure and accessories included. For a more detailed review on this figure, refer to "Soldier Force V Silver Falcon Playset". 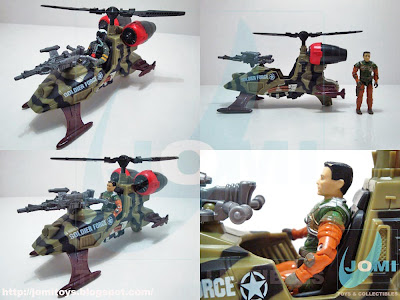 It´s not as small as the 1987 Hasbro´s G.I.Joe "Dreadnok Zanzibar Air Skiff", it´s a more heavy machine, but on the other hand, jet-powered, so it compensates.