From a notably attempted European /Asian 2006 tv series, comes today´s 6" figure review. Originally Iron Kid, the concept become known in the US / Canada market by the name of Eon Kid

. Distributed by Famosa / Dei Won in Europe and Asia respectively, met the Americans by the capable hands of Playmates. 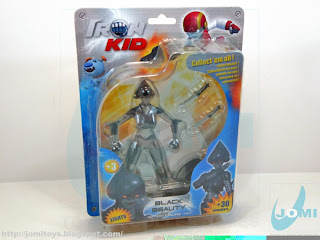 The figure here presented goes by the name of Black Beauty, and "she" is a robot. Leader of a Ninja Robots Army and one of the villains from the series. 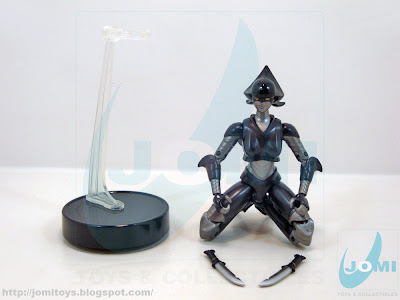 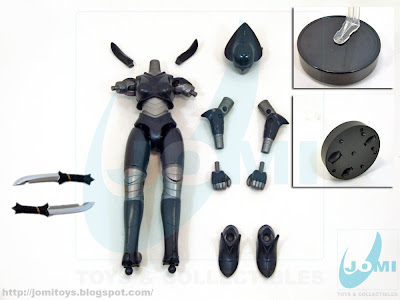 The figure can be "torn apart", thus very unlikely to break while you attempt the "impossible" moves. Also pictured (besides the knives) is the figure´s stand. 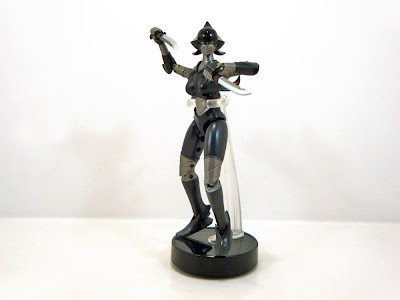 The purpose of those 3 wheels is as follows: You attach the figure to the stand holding her knives, you roll the stand and the figure moves left and right slashing whatever´s in the way. Cute. 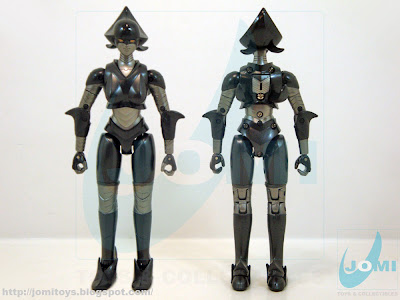 Figure: "Black Beauty". Kunoichi (female ninja) robot. Beautifully crafted as a toy action figure. Lots of articulation points and eyes light up when you press a button on its back. Maybe I got a defected one, since the light stopped working 10 minutes after it was taken out of its package. Also, the joints start to get loose after an hour of "play". 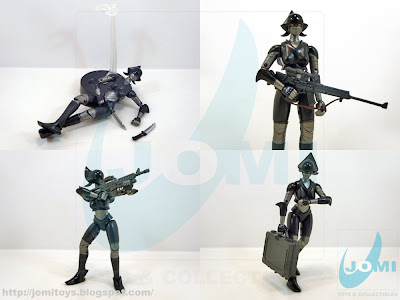 The poses you can achieve, however... are simply amazing. Original figure and accessories on the top left. Other accessories not included: Suitcase and bottom left rifle, come with "Special Mission Tactical Vehicle Playset by Auchan" . Top right, sniper rifle by Chap Mei.

Status: Unavailable
Posted by JoMi at 2.7.10