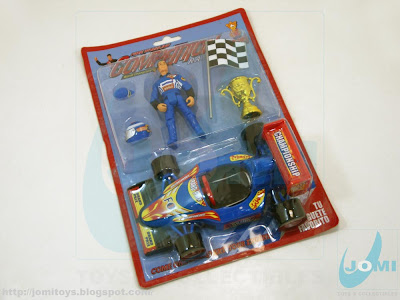 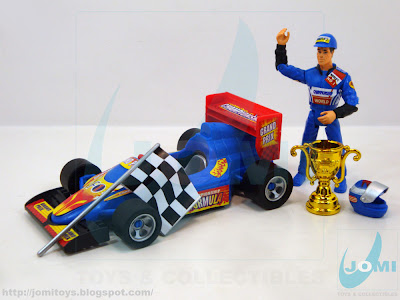 Included items. Made in China, this toy (or toys if you consider the whole "line") was made for distribution in Spain and Portugal, Western Europe. 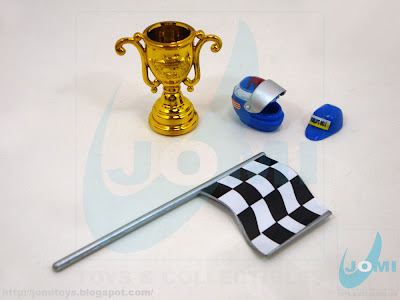 Included accessories. The trophy appears to be the same in all 3 sets. But the car picture on it may be different in the SBK pack. 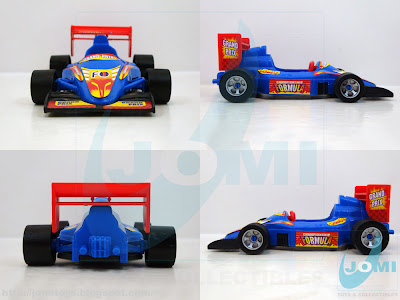 The F1 car. A basic look made from a basic mold, it´s a basic toy. But it holds a good all-around feel to it. But considering the F1 cars today, this looks a lot more like an Indy car. 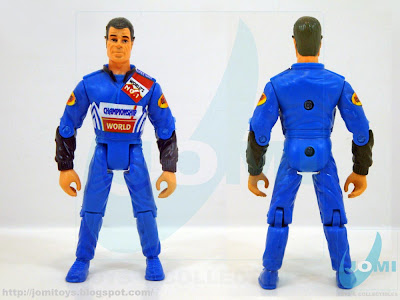 Figure: "Pilot". Very decent figure, with curious articulation. The waist doesn´t move and the shoulders only swivel. The wrists move, which is a good thing to hold the wheel! Nice head sculpt. 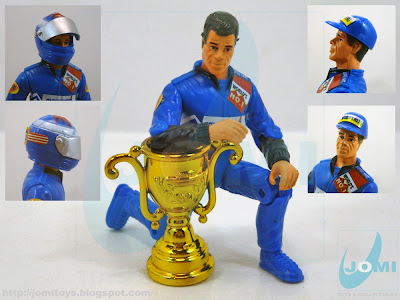 The helmet is a nice feature and the cap besides being original (you don´t see a lot of removable caps around) fits most 3 3/4" figures heads. 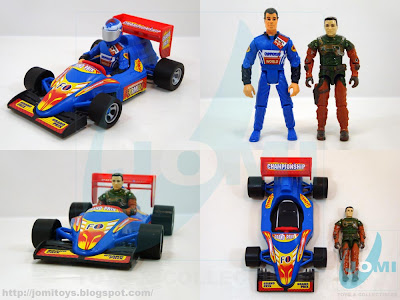 Scale shots with included figure and Hasbro´s G.I.Joe. As you can witness, the F1 is almost the size of a big Go-Kart, but still usable if you have a dio-story where your hero is a pro racer.