Bringing you an interesting and surprisingly well made knock-off we purchased while "touring for news". 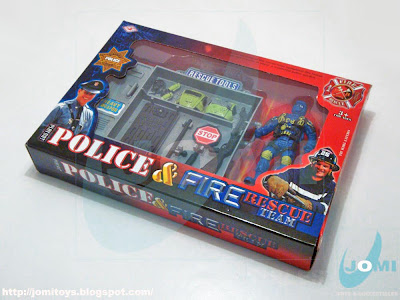 A lot has been said about knock-offs and bootleg toys. No news on whether they should be done, more jurisdiction out there or whatever. Fact is they exist. And some times, most of the times, they sell (to collectors) because one can´t find the original. So "they´ll have to do until we get the real deal". 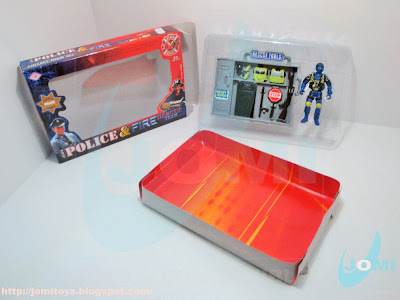 Back where this one was being sold, there were also a lot of other discontinued Chap Mei lines "reproduced" items. "Witchcraft" was the most notorious (due to the rarity of the actual line). However, they were poorly crafted and next week we´ll post one of them to confirm just that. However, this one here presented is good enough. As you can see, they even did a nice insert box for it. 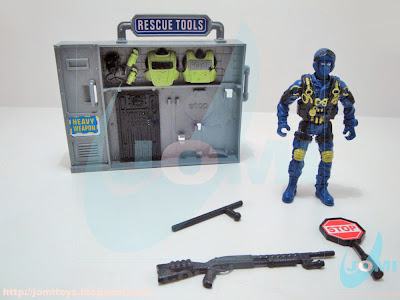 Included items. The first difference you note when you start unpacking is that the shield and vests are molded into the locker. Other than that, the figure and weapons are decent enough to pay the US$3 spent. 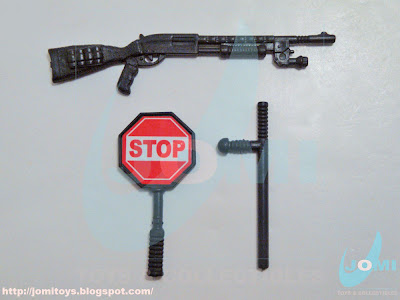 Accessories. No extra plastic hanging out of the ends, no out of line printing, a very nice copy. Could seriously almost pass for Chap Mei. 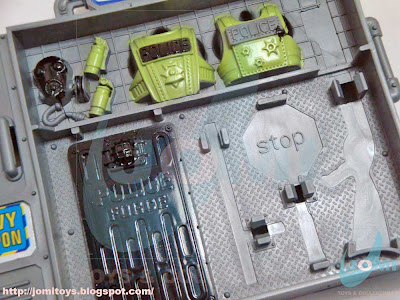 This has multiple uses. If you need some items to build up a diorama, the price you pay for such an item pays off, since between paying 3 bucks and "losing" a day molding a locker, I´d take the 1st option without much thinking. 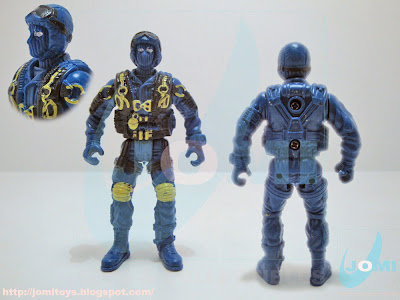 The figure. Again, no plastic "hair" on the ends (from lack of post-molding care) and the only really crude detail is the painting (or lack there of). You can see the original Chap Mei figure posted at "Freedom Force Airborne Mission" hanging from a parachute.