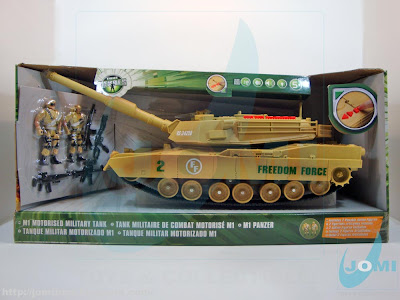 Being a huge fan of Hasbro´s G.I.Joe´s MBT Mauler Tank, it is only natural to get anything resembling the great 1985 creation. 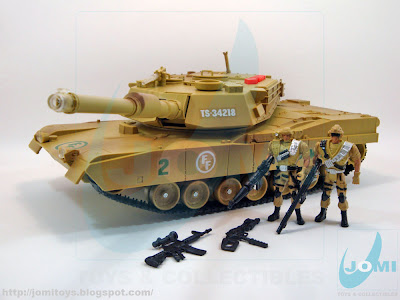 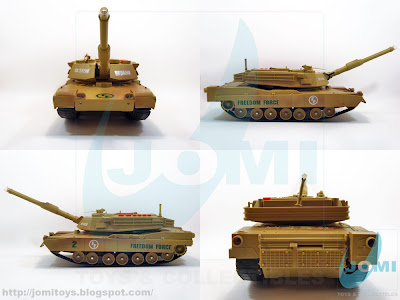 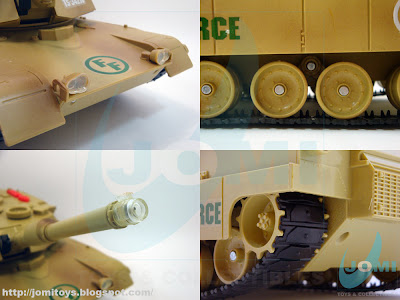 Tracks and wheels are very well done, it runs and lights DO light up (see video) . 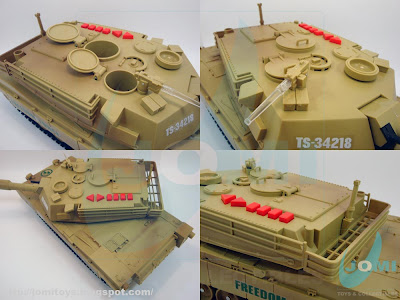 Turret details. This is not the highest point, but it does work well enough. And has a lot of room for improvement! 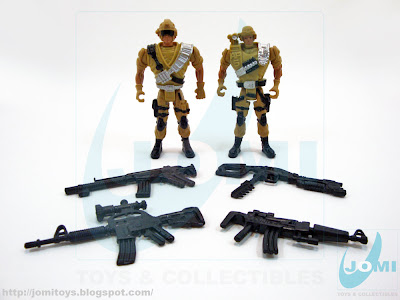 Included figures and accessories. The figures are a mix of different "Soldier "and "Police Force" molds from Chap Mei. I have seen bootlegs with a better finish than this. 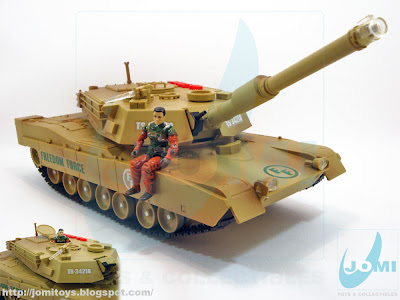 Status: Presently available through Toys R Us
Posted by JoMi at 18.7.10