The "Giant Squid" playset. I apologize for this "bad habit" which is comparing some items to scenes or vehicles used as props (or characters) in movies. Having this apology accepted (I hope) I refer to the 1998 movie "Sphere

" where dreams/nightmares came to life due to an "alien" craft finding at the bottom of the ocean. "Sammy" L Jackson character (Dr Harry Adams) was afraid of squids mainly because of the "20.000 leagues under the sea" novel. And all they dreamed, materialized. 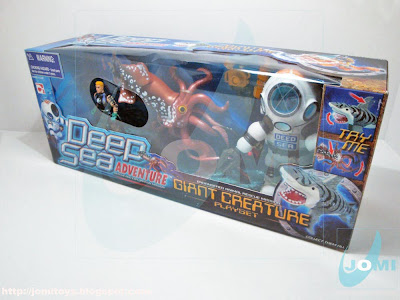 The first playset I ever found containing the "Chubby Rover" suit I was "hunting" for so long. 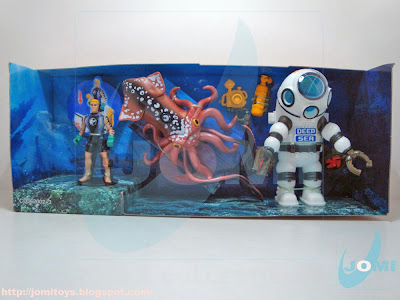 Out of the box for display. For a detailed review on the "Chubby Rover" deep sea diving suit, please refer to "Deep Sea Adventure Shark Katcher Playset". 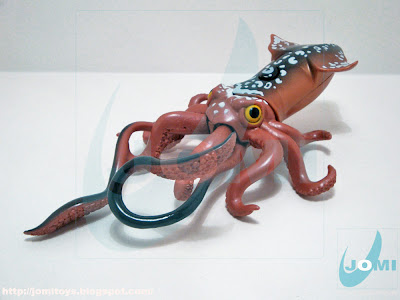 For the last 10 years, Chap Mei has dedicated a lot of their effort to the monsters, dinos and animals. This is another fine example. 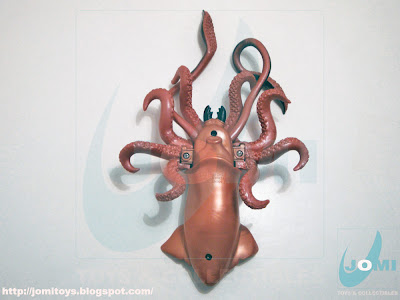 Without being particularly excellent, it does its work as a frightening Giant Squid. 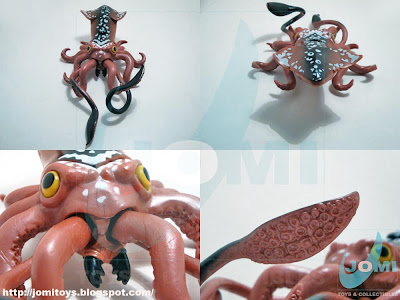 Some details on this "sea monster". It moves the tentacles when you push the button. Has some details all around it. Nothing extraordinary, but very decent. 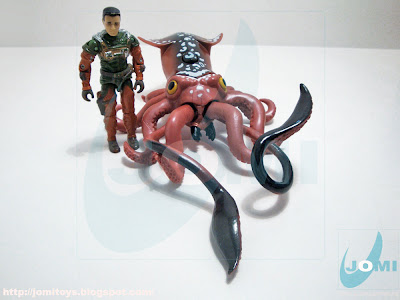 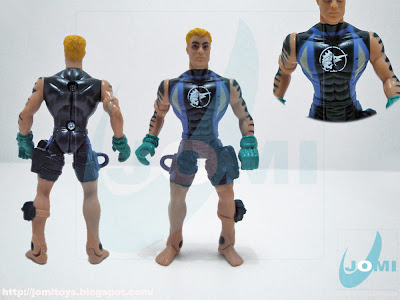 The figure: "Alex Aqua" repaint with "wet-suit". Interesting scheme. Strangely, this playset comes with no accessories for this figure, hence making him stick to the deep sea diving suit.