Initially included with the "Attack & Escape Playset", this reissue was another welcomed mini-vehicle addition. And actually, it went this way to finally own that pilot figure. 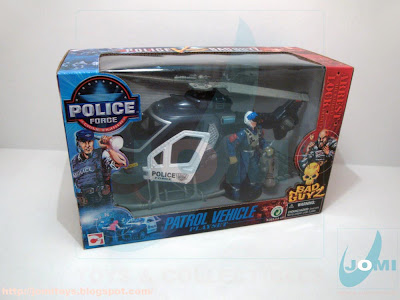 Another motor-pool-builder set... you can never have too many choppers over gang-controlled streets... 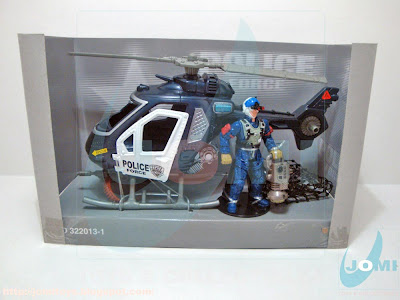 Straight out of the box, it has the very minimum acceptable items. Vehicle, figure and a couple of accessories. 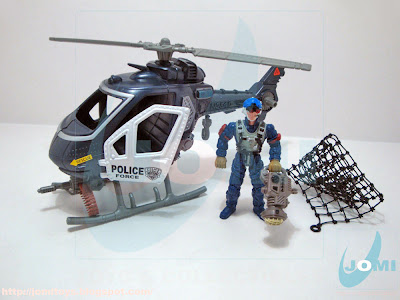 Included items: Strangely, no weapons. I guess what that pilot needs is a spotlight. Especially if he´s equipped with IR/ NVS goggles. Whatever... 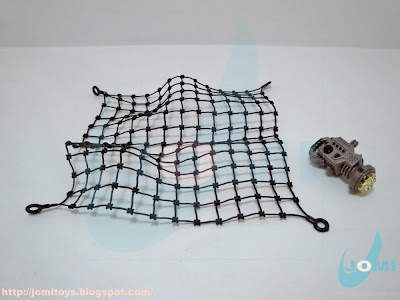 Included accessories. The spotlight is, in fact, more useful than most weapons CM includes on these small playsets. And yet another fishnet. 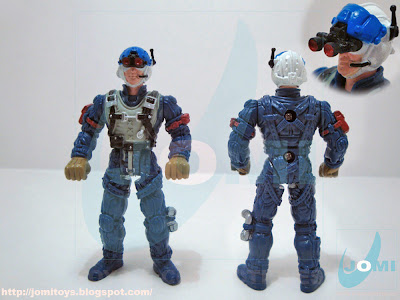 knock-off), and ridiculously expensive in comparison to all others, I was on to this for years. Especially since when I reluctantly (given the price) decided to buy it, it was gone. Who would do that when having cheaper and cooler sets around was (and still is) for me, a mystery. Now, with SF series VI and the new SWAT Police line... it was reissued... again. Well... at least I have it for 3 years. It´s not much of a figure, but given my sad story... it is what it is. Nice head sculpt, though. 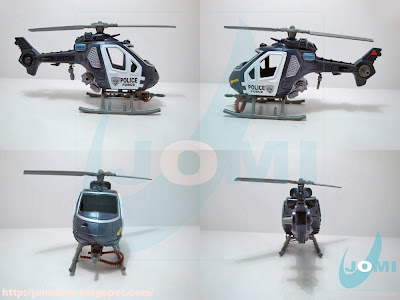 Similar (only differs in the color, actually) to the Soldier Force version, the paint job is basically for you Police Force fans. 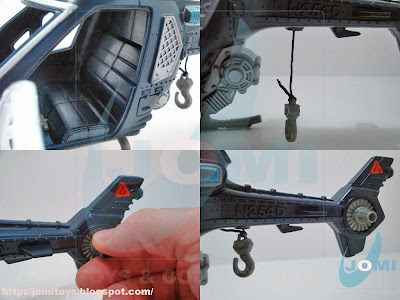 The hook mechanism. Pull, and then rotate the tail rotor to bring the rope back in. 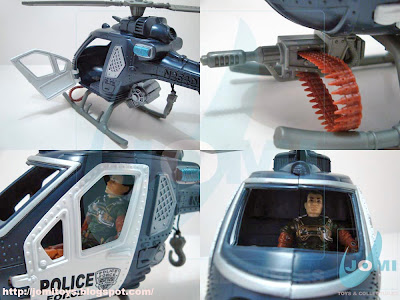 Some more details and scale shots. I particularly like the angle between the fuselage and door when it´s open. The space in there almost fits 2 RAH figures. Almost. The nose gun is interesting. The tip resembles the Apache´s "Tommy gun".

Status: Unavailable
Posted by JoMi at 6.7.10