The main Chap Mei novelty for 2009 Christmas in Europe (and a welcomed one I may add) is the "Peace Force" branch of Soldier Force... VI. A very interesting concept based on the UN forces colors, a fairly original idea (in the action figure universe, that is). The final result is surprisingly cool-looking, since urban cammo has had its days, and jungle camouflage was the only alternative (and used in the original - gray cammo - Steel Badger playset). 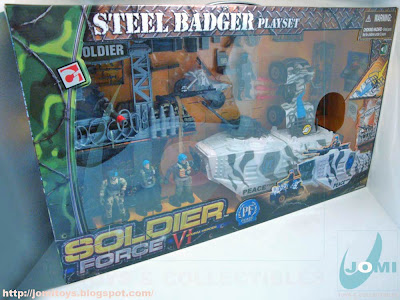 The set includes not only the Steel Badger, but the "Vintage Battle Station" subset and 4 figures. Unfortunately, the same old guys from SF V, but with blue helmets/berets. Retail price in Europe in dollars: US$75 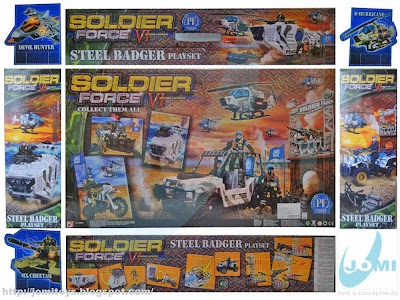 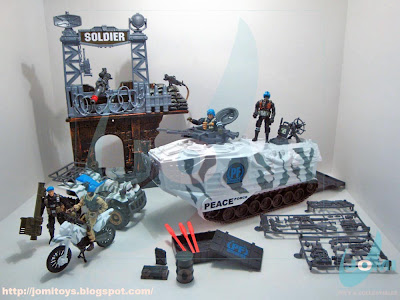 Included items. A lot of stuff. 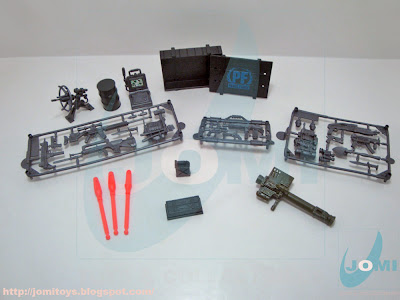 Accessories view. Nothing new except for a little detail on the weapons case/crate. 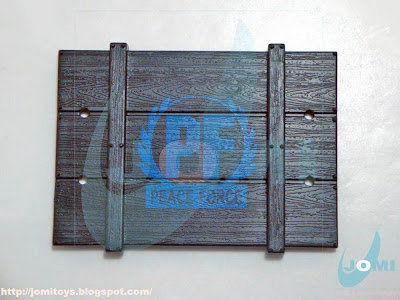 Those 4 holes. Probably to put a rope through them. 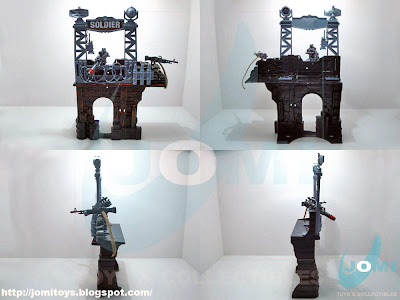 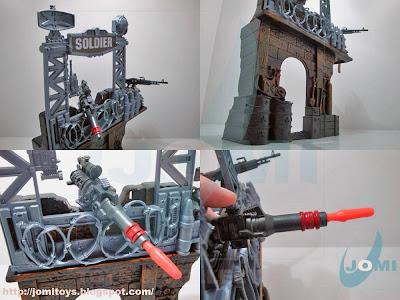 Some close shots and a look at the spring-loaded cannon. 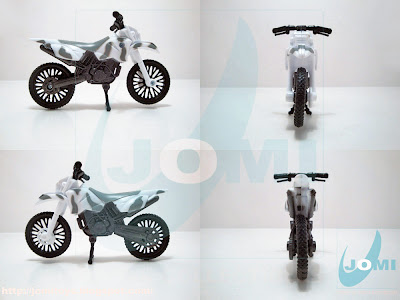 The new dirt bike. The best ever done or distributed by Chap Mei so far. Not very detailed, but it totally works. The handle bar has a good size but the handles are a bit large for Joes to hold, but it can be arranged. 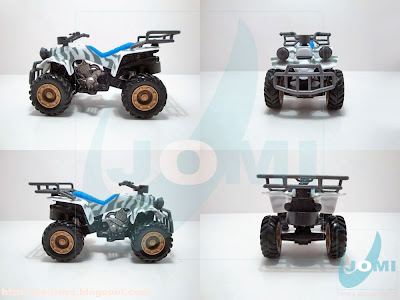 The ATV Quad. I have no clue where they got this one, looks like it was made for 5" figures. The detail is very cool, the camouflage scheme is prime, but its way too big. Even for vintage Chap Mei figures. 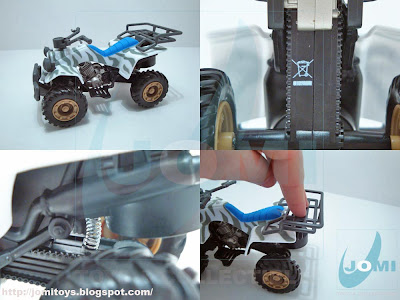 Pictured above: Isometric view of a great quad model, yet non-functional for 3 3/4" figures, a "no trash" sign which is most curious. I admit I felt a little apprehensive when I looked at it. But I guess it has to do with the 3 LR44 batteries. When you press the back, you can hear a 2-stroke engine punching. Pretty cool. 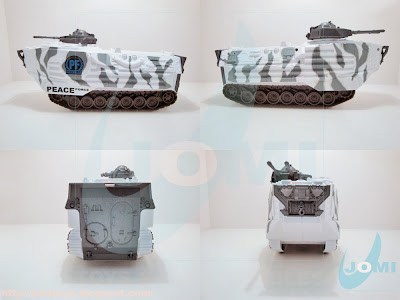 The "UN" cammo Steel Badger. Besides the white color, it doesn´t have the L&S cannon on top. Not a real problem. Less to take off. 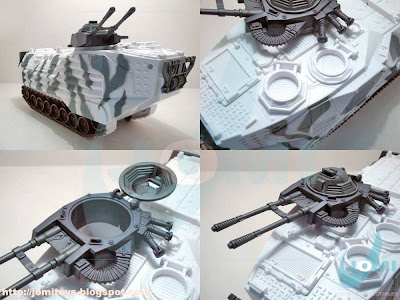 Some more details on this AAV, USMC AAV-7A1 prop(?) 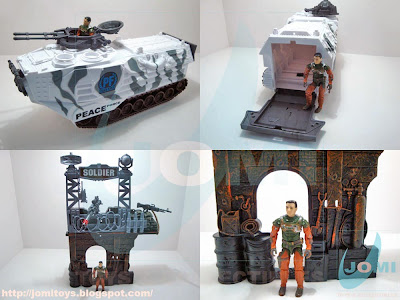 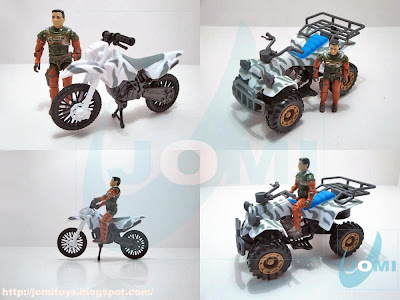 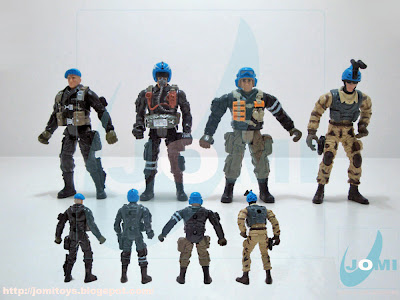 The figures. More vets. This is the low point. They could and should have done better.

Status: Unavailable
Posted by JoMi at 8.7.10