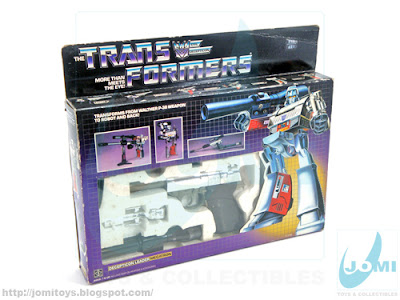 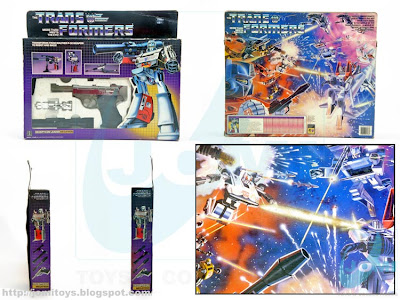 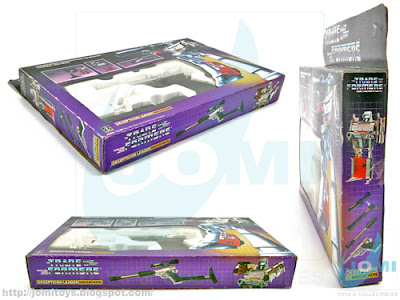 One of the most iconic figures of any action figure line. 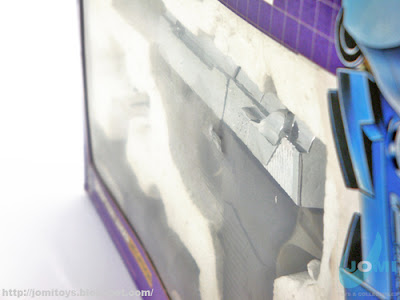 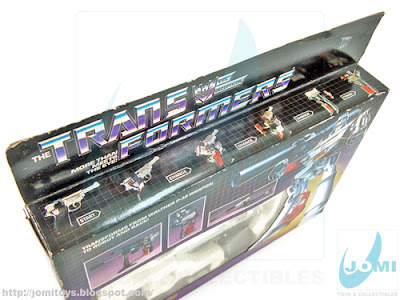 Over the Transformers logo, ® is shown. Some say it means this toy was from 2nd release of late 84, early 85. However, if your eagle eyes are working... 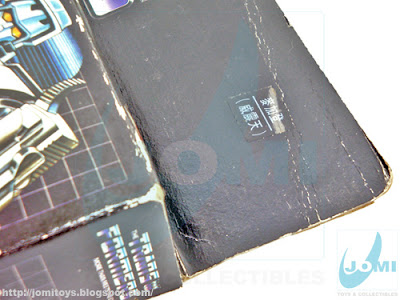 ... you´re looking at a curious sticker. Korean/Chinese, from what a Japanese friend told me. 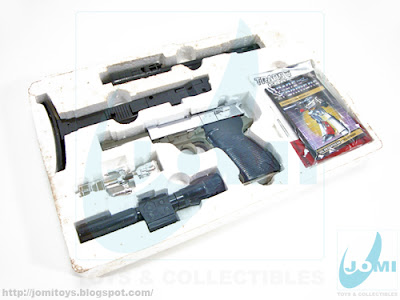 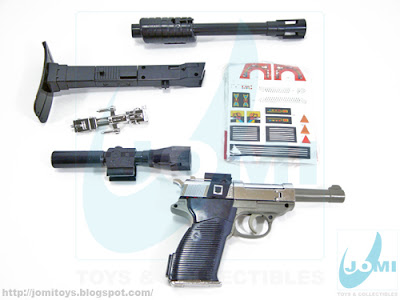 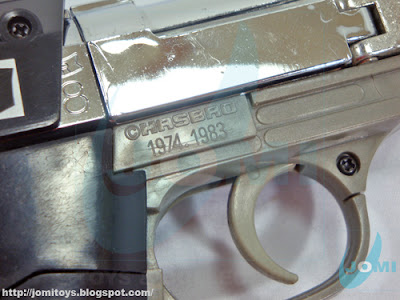 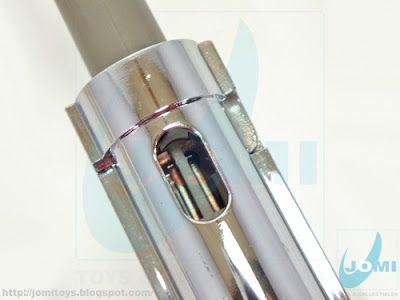 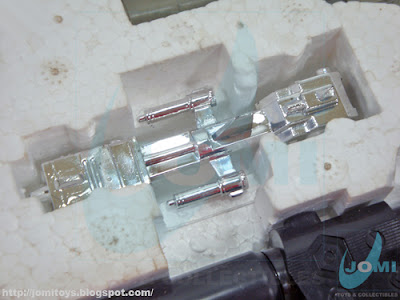 Styrofoam is yellowed on corners, but consistent. A 1 inch piece (of the styrofoam) is broken near the pistol sight connection, but still there.