Series II "Tiger Squad" box, although the included flag was a "Snake Squad". 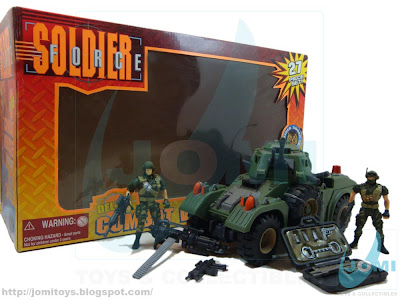 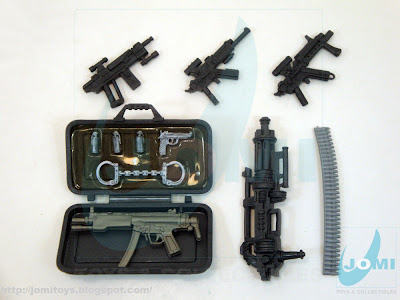 Included accessories. Missing a few to be included in the near future. 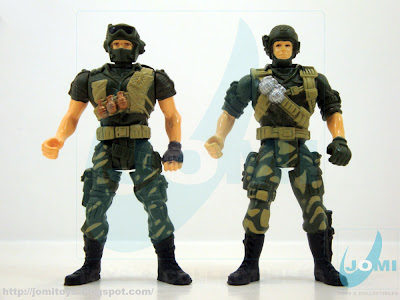 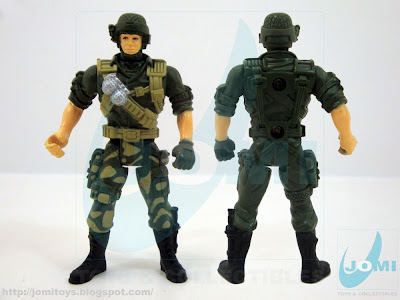 Figure: Modern Infantry Soldier. Again, not the official nomenclature, since this figure was not, to our knowledge, given any name. Series I to III. Presently discontinued. 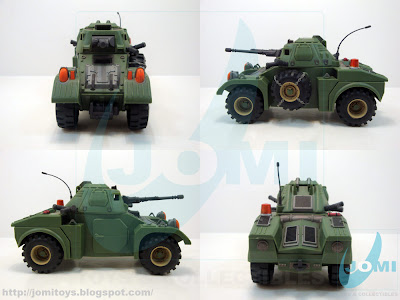 Still not sure if this model was inspired by the Humber Light Armored scout Car or its replacement, the "Daimler Armoured Car". Probably the last. Both late 1930s. 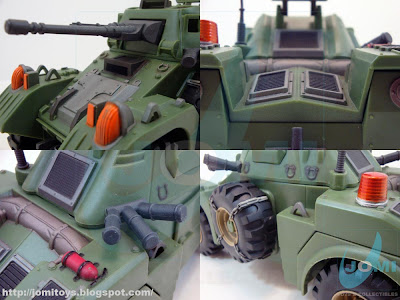 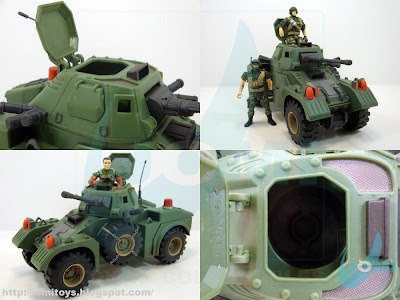 Hatch and scale detail with both Chap Mei and RAH G.I.Joe figures.