Laser Power He-Man! Scratch that, the 1987 (not 1988) super rare, legendary figure from the Masters of the Universe original line. If you´re lucky, you get a chance to see it first hand, if you´re more lucky, you may eventually hold it. If you´re REAL lucky, and can afford it, you may get a chance to own one. And a near-mint to mint item? Well, you´re about to see one right now! 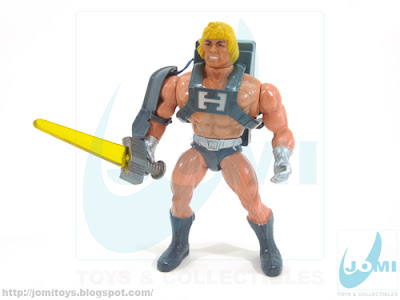 We already had one here at JoMiToys some time ago, a considerably good-looking figure with tigh limbs and overall great condition (functional and no major paint problems or broken parts). If you didn´t get to see that post, you can see it here. But this figure here, today... well, it´s probably the closest you get to a fresh out of the card figure. 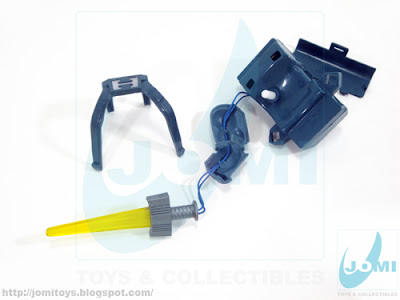 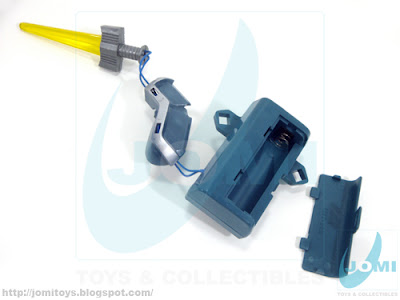 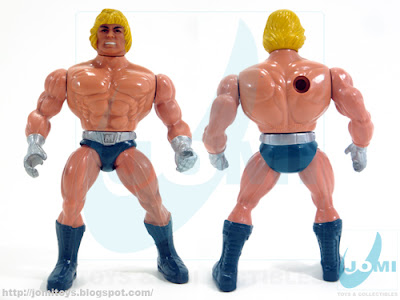 Made in Italy, this was the first version with original He-Man head. The Holy Grail of ANY He-Man collection. Probably the hardest figure to get. And in this condition? Even harder. This version of He-Man must stand on the top of any HTF MOTU shelf inside an acrylic case. A beautiful piece. 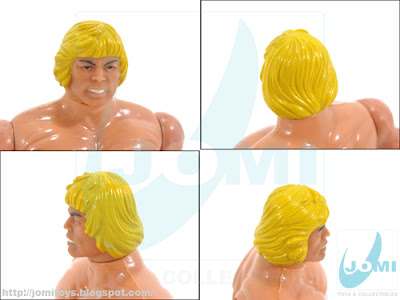 The head paint is near perfect. Bottom left image shows the only milimetric flaw which I believe is an original detail since many figures could already come with tiny painting mishaps straight from the package. I know I experienced quite a few. 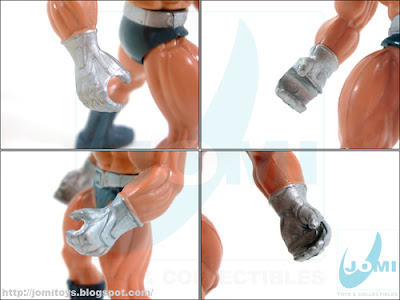 Hands, same deal. Bottom left shows another milimetric flaw if you want to call it such. Other than that, well... see for yourselves. 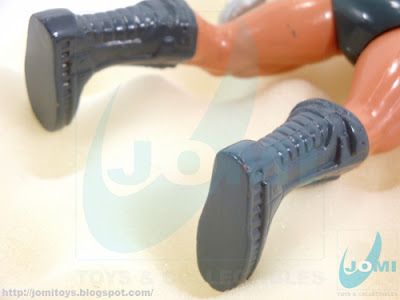 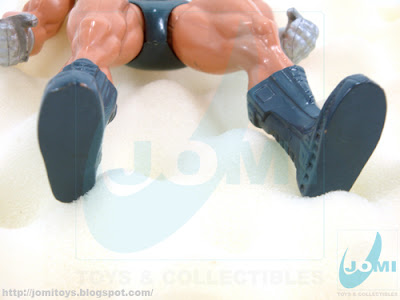 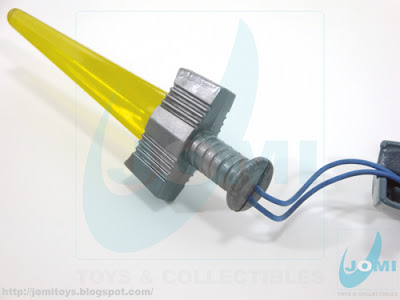 The sword looks beautifull and perfect. Wires are tight and no sign of any separation on the base of the sword, which was a common flaw as time went by (these were made for kids, and as we all know, too few were made too!). 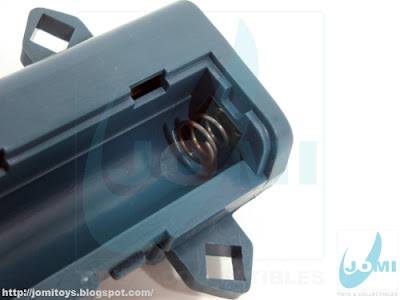 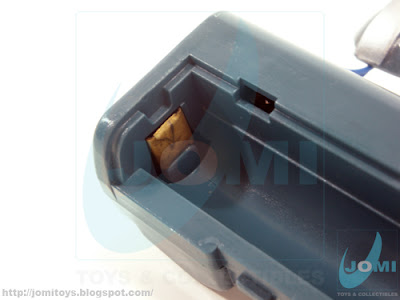 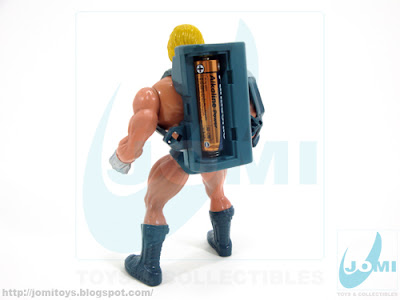 Let´s pack the most powerful man in the universe! 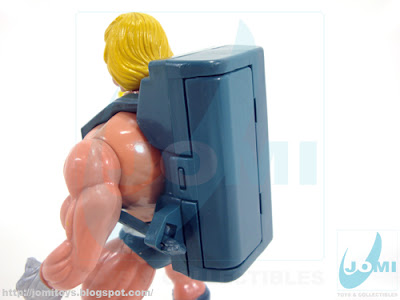 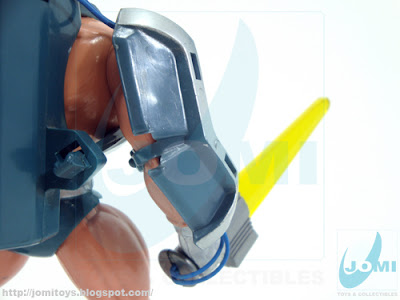 Laser sword lights up when moving the arm upwards. 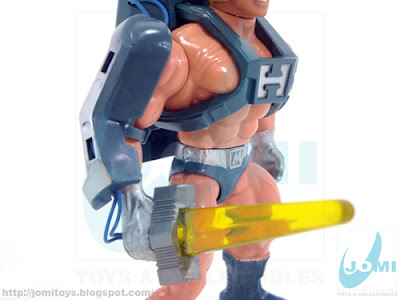 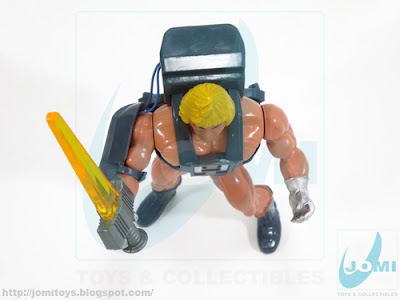 And here we go! Well, maybe it would be a good idea to turn down the lights... 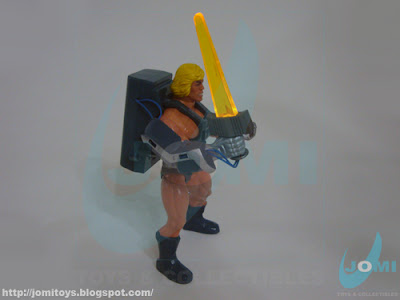 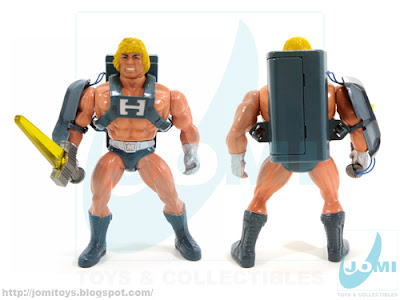 I can´t really express the feeling of holding such a rarity in my hands. It´s almost a crime to touch it, but then again, that´s the beauty of collecting toys and once in a while get a grip on figures that are known to be amongst a very small group of functional and perfect models at world scale. No one really knows how many were produced, but other than Italy, Spain and Portugal, I have no knowledge of any other countries to ever get these which may explain its rarity. 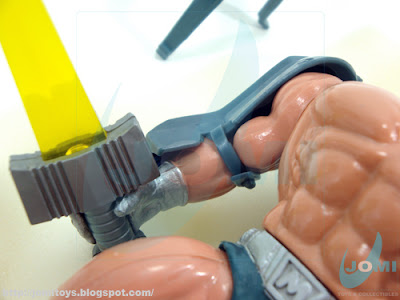 The arm piece is another fragile and in this case, perfect accessory. 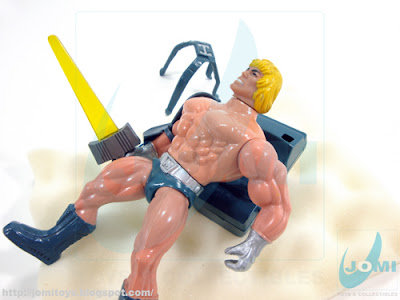 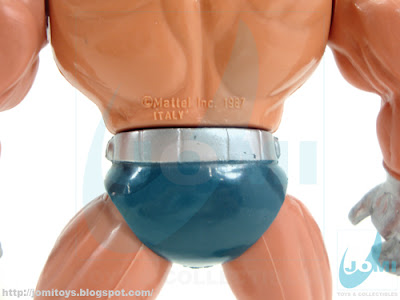 And so does the figure. 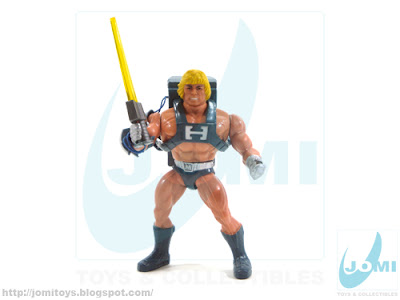 Laser Power He-Man, version 1, 1987 - the most powerful collectible in the universe! 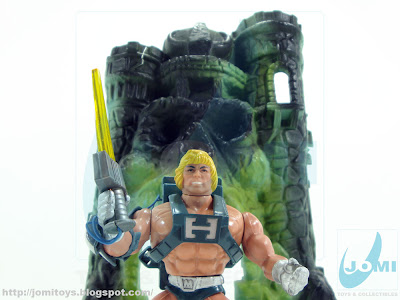 I have the Power!

Labels: Masters of the Universe Vintage