Part of the "Galaxy Series" concept of making a huge diorama by collecting the different parts included in the figure packs, this next set kicks off the Transporter Room. 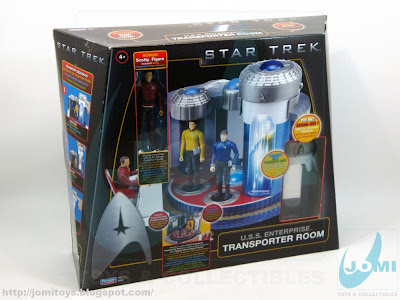 One of the greatest concepts out there nowadays, the sort of included panels, devices, etc, can serve many other 1:18 toy lines. 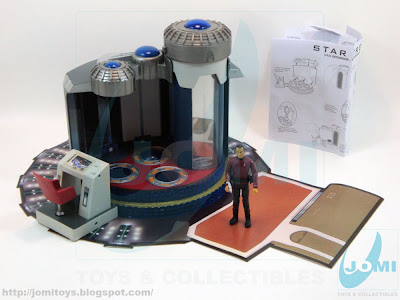 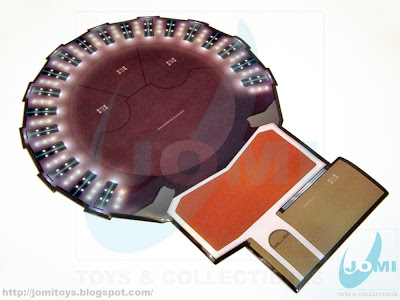 Floorplan playmat. Similar to the bridge one. 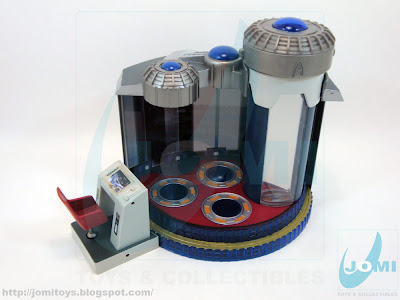 The transporter room basic set. Like said before, by purchasing more figures, you can complete the whole thing. 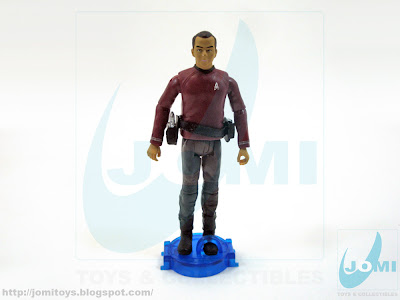 Included figure, "Scotty" on top of the included stand. 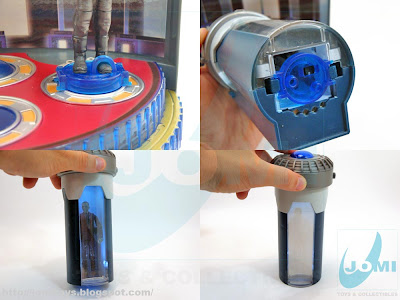 The stand will ease the fitting of the figure inside the teleportation tube and room. The tube has a very cool system of lights and mirror allowing the figure to seemingly vanish from sight and return to sight yet again... by pressing the buttons. 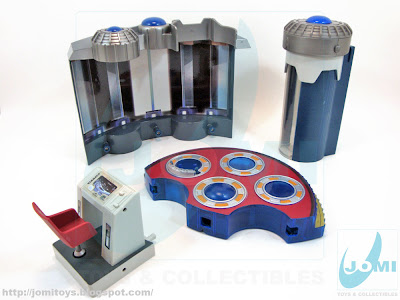 It all comes apart in order to form a bigger set with many other parts (not shown... yet). 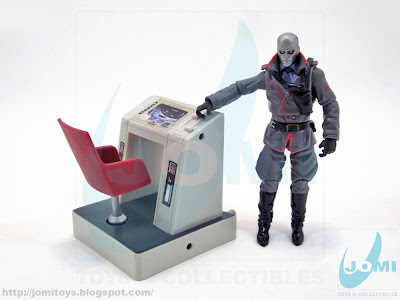