"Snare Dinos in a high speed chase!". One of the most memorable small vehicles from Kenner´s Jurassic Park toy lines. 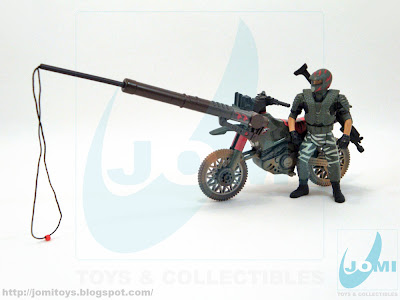 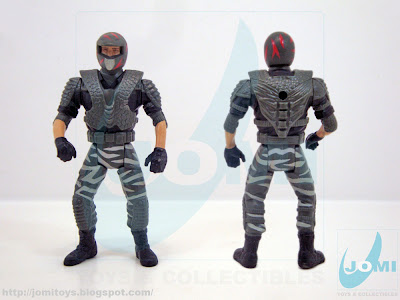 Included figure: Exclusive "Carter". One of the reasons for this set´s purchase was the - hope - of Carter´s helmet usability once removed from the owner´s head. With years passing by and companies like Jakks Pacific producing beautiful helmets, Carter managed to keep his head. 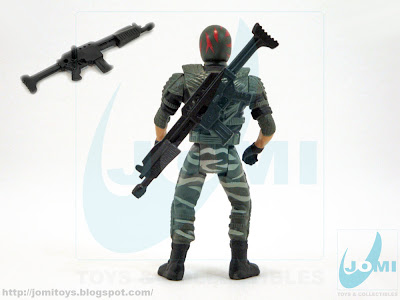 Weapon attaches to its back. 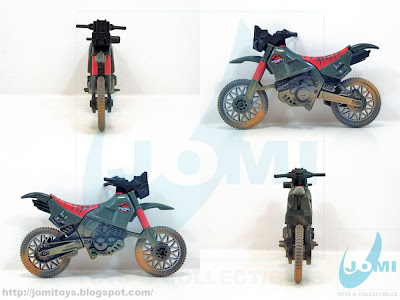 The motorcycle which served as a model for Chap Mei 1st ever bike. As a toy, very nice. Sturdy, superbly painted (keep in mind it was 1997), especially that dirt look. The snare (as shown below) could be tighten or loosen by sliding up and down the pole. 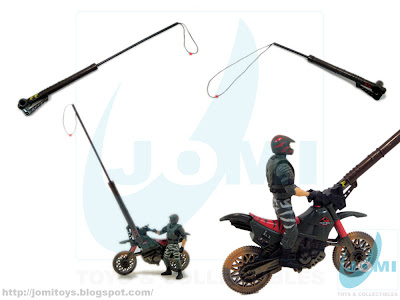 As far as its purpose goes, I seriously doubt any "Dino" could ever be snared with a fast 2-wheeled machine like this.The very size of the "snare" would challenge the rider´s balance. But then again, who cares? Classic toy and one of the best JP paint apps of the entire line. 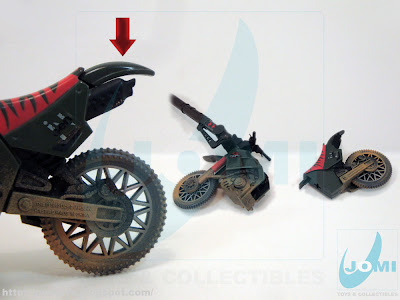 Dirtbike blast-apart dino-damage. Pressing the tail will cause the bike to break in half. 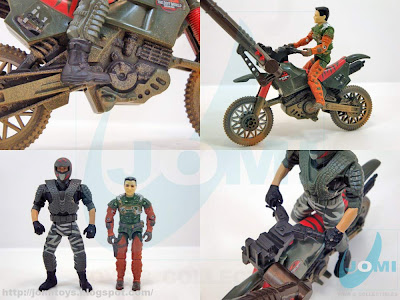 Scale and comparison shots. Purchased for a possible custom, it soon became clear it would never be one. Too big, too high. The actual included figure, Carter  can´t even reach the bike´s foot rest. 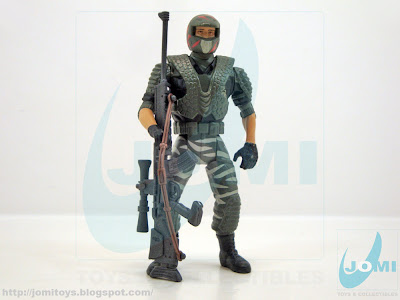 Even with the extra inch, Chap Mei´s weapons are still too big...

Status: Unavailable
Posted by JoMi at 6.9.10