. No real news there. It came to the shelves in the very next year/season, 2006-2007 and it´s still around in many countries worldwide. 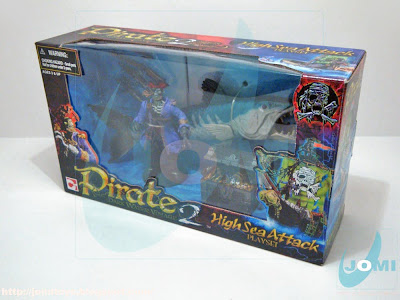 This was the first set we ever got from this line, the "High Sea Attack" playset with "Captain Rank" and the "Barracuda". European price in dollars then: US$14 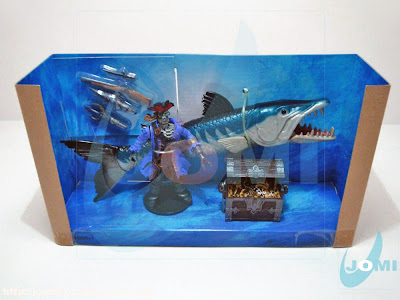 Our initial policy of getting "joe-usable" items in Chap Mei sets began to fall here, since this line (and so many others coming after this one) was very well conceived, and thinking of it, actually there is a lot to use in the "joe-universe". Especially if you´re a fan of the Dreadnoks. 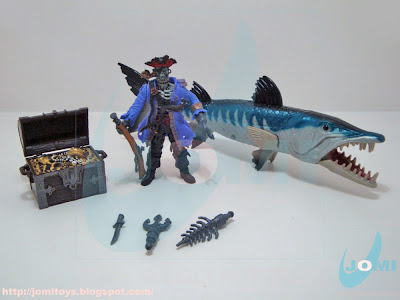 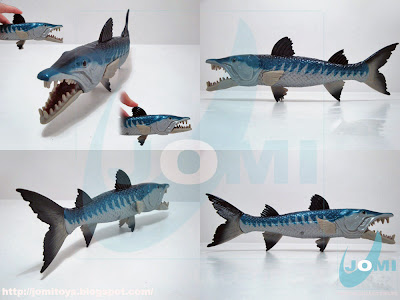 The Barracuda. A giant version of the "Great Barracuda", since the actual thing is about 6 feet long. 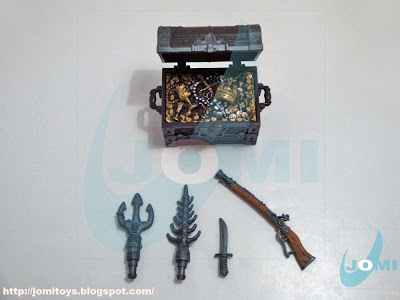 Accessories. The treasure inside is made of a single mold. 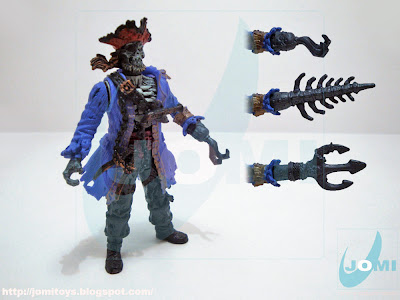 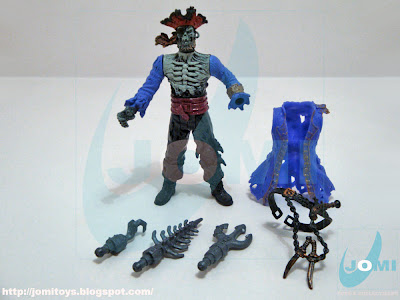 Figure: "Pirate Captain Rank". His right arm can be taken off, probably to ease the changing of its outfit. 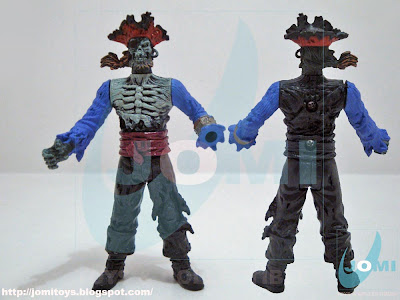 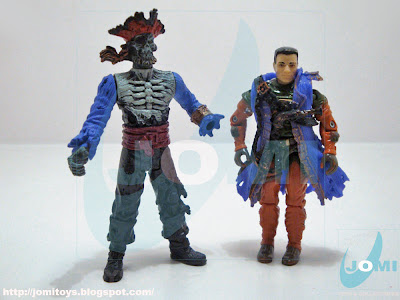 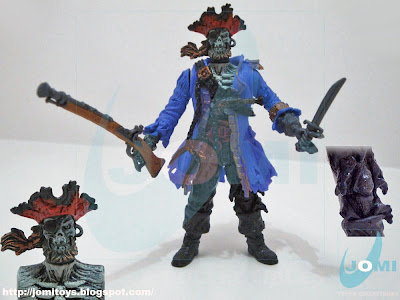 Fully armed ghost captain. Considering the craze about the "Pirates Of the Caribbean" was still high then, I´d bet my chips that´s where Chap Mei went for inspiration. And they got it right. Yet again.

Status: Unavailable
Posted by JoMi at 9.9.10