Captain Power and the Soldiers of the Future was a syndicated 1987-88 sci-fi/action television series that ran for 22 episodes. A toy line was also produced by Mattel, and during each episode there was a segment that included visual and audio material which interacted with the toys.

. There were three tapes in all. "Future Force Training

The tapes had openings and closings in live action with the cast of the television show. The actual mission itself was animated and took place in the jet cockpit from the first-person point of view of the pilot/player. Players would hold the toy jet and face the screen. 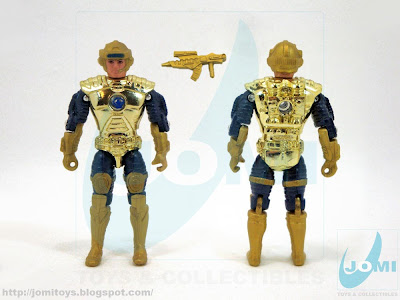 Capt. Jonathan Power - "Master of the incredible 'Power Suits,' which transform each soldier into a one-man attack force." 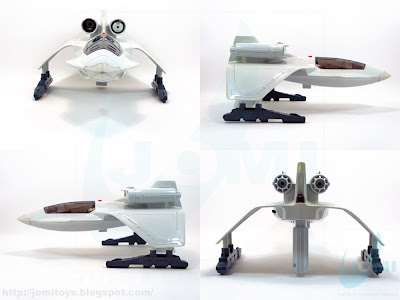 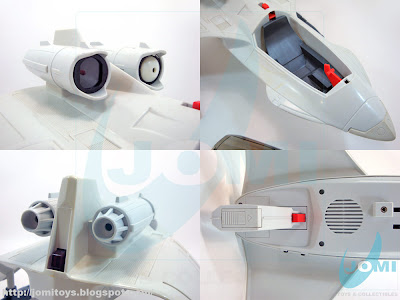 Upon reaching zero points, the cockpit would eject automatically. The XT-7 also could interact with the live action television broadcast in the same manner. Since the "game" was only a VHS tape, the missions played out the same way all the time.

"Power On" platform which one could plug the Captain Power figure into and whenever the transformation was triggered on screen or the base was fired at by one of the other vehicles, the toy would immediately trigger the "Power On" sequence causing the chest of the figure to glow.

An incredibly great Joe custom basis, this set can still be found for a decent price on the web. I strongly suggest you find one.