This was for many years (long before Chap Mei) my favorite tank only topped by the "Mauler". The Abrams

tank has always been that "so G.I.Joe" vehicle of all armies. And this was as close as it got. 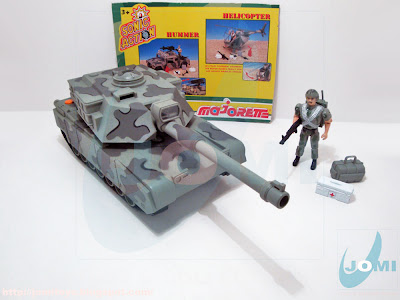 inspired, as it seems. 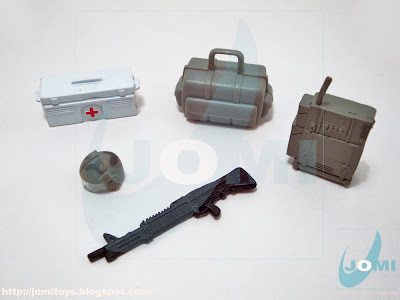 Included accessories. Plus (and not pictured) the set of binoculars. 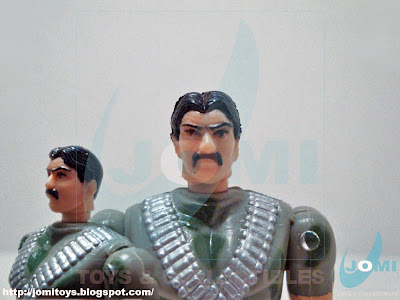 To confirm the "SOS COMMANDOS" influence (to say the least). If you look closely, the neck is awkward, since it was made for a wider "neck hole" torso. Really ungraceful, but so is the rest of the "trooper". 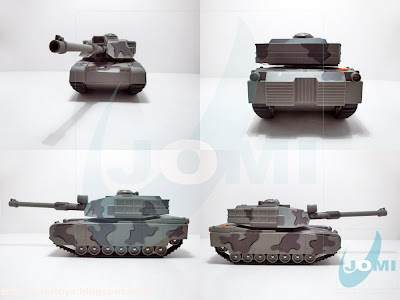 The camouflage scheme of this vehicle and the humvee´s gives them a cool looking realistic detail. 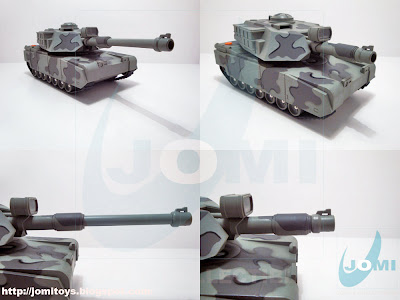 The tank´s main gun recoils (manually). Probably for packaging purposes and not playability of the toy. The fume extractor (middle of the main gun) is a nice detail. 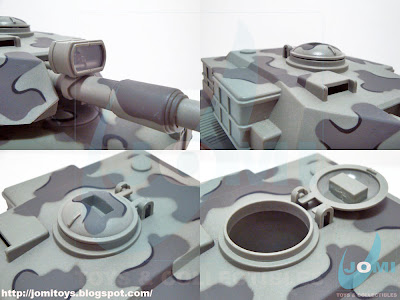 Some other nice details. Hatch views, optics, and the light emplacement. When activating the orange switch, you can hear the sound of the moving turret (that 80s cartoon sound of mechanic stuff moving... DIC used it a lot during the G.I.Joe cartoon series in the late 80s/ early 90s). And the light flashes. Once we have all the videos ready, you´ll have the chance to see how cool in its simplicity it really is. 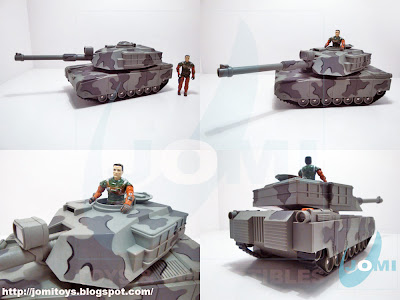 Status: Unavailable
Posted by JoMi at 3.9.10