A late 80s vehicle from Lanard, whose review here has been in pause due to the absence of one part. 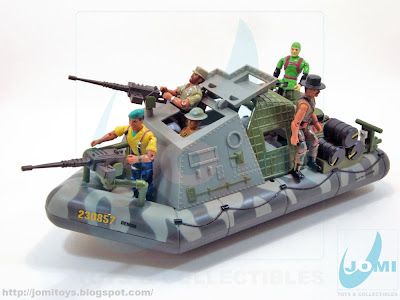 The part is still absent, but I figure you guys want to see this nonetheless. Moreover, I have no memory of ever having that part in question, and this vehicle was acquired MISB. 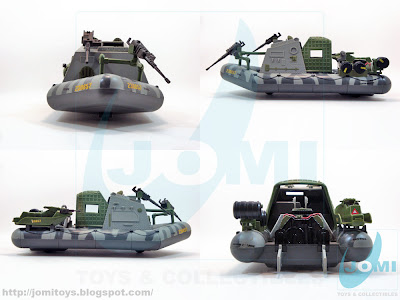 One of Lanard´s greatest creations ever, the patrol boat has the features of the conventional military toys "golden age". 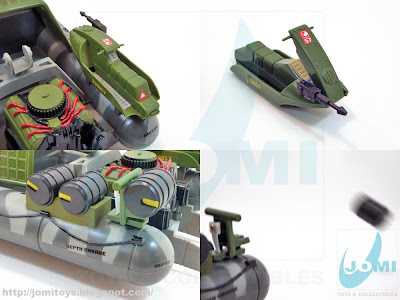 The jet ski detached to patrol ahead and the depht charges can be launched from the other side. 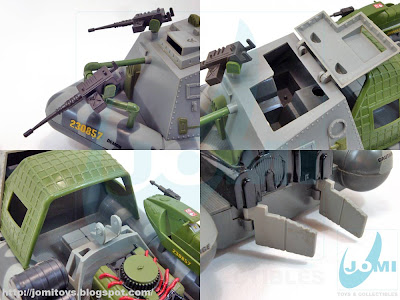 .30 cal emplacements. Really awesome looking. Also (not) pictured, the missing part, the grenade launcher. You can see the support in the middle of the boat behind the engine. Strange things do happen, and it could have been sold without it, although I seriously question it. Probably around somewhere. 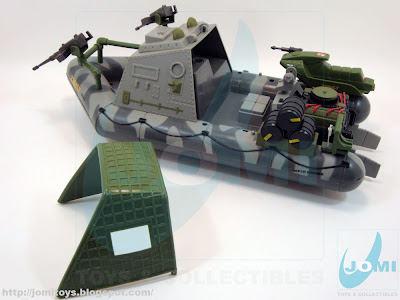 If you want, you can take the top off and customize the basic boat. This is, like already said, one of Lanard´s top notch vehicles. A classic from the late 80s, early 90s.