Another great "motor pool builder". This time around, included is another fan´s favorite small vehicle. 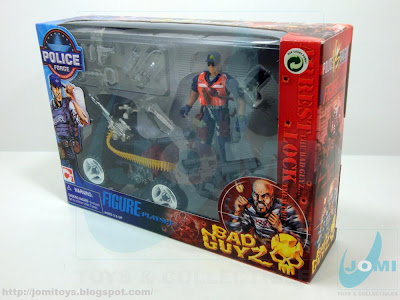 Reused in some other themes, is more common to be seen in "Ninja Attack" colors. This version here presented has a more discrete color scheme. 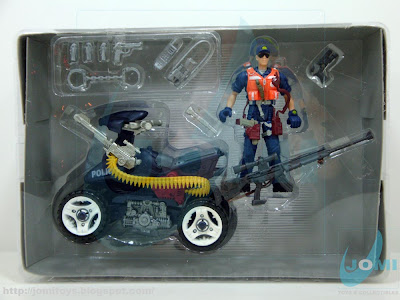 While this ATV was brand new when released with these colors, (as the figure for that matter) back in the day, the top left weapons "set" was from the original series I. 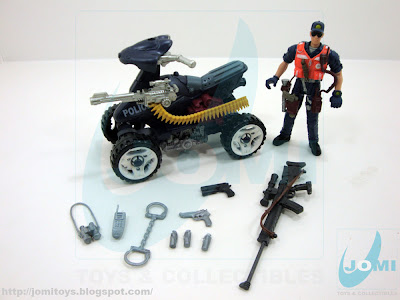 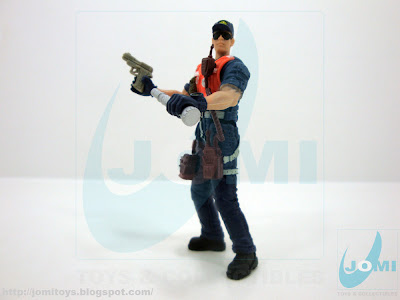 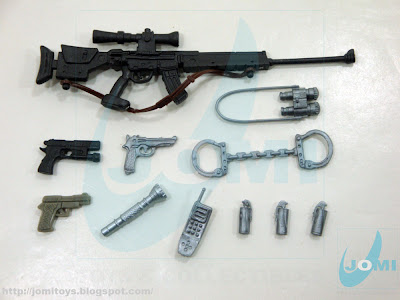 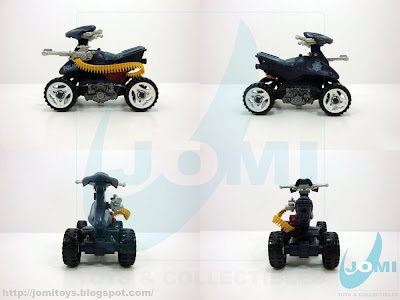 Much better in terms of scale than the one included with the "Attack & Escape" set, it´s a "new gen" ATV. 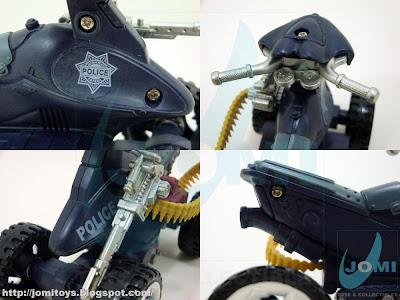 Shots of some nice details. 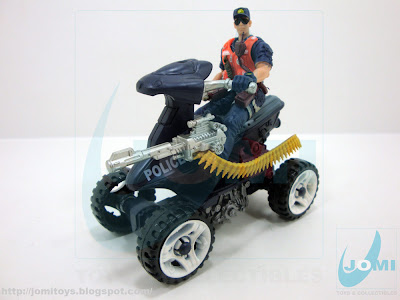 The "quad" with the included CM figure. 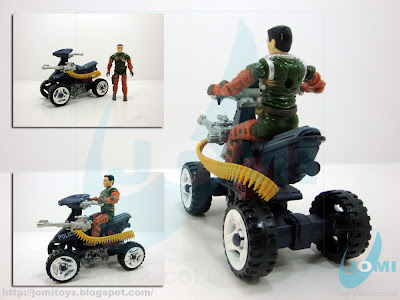 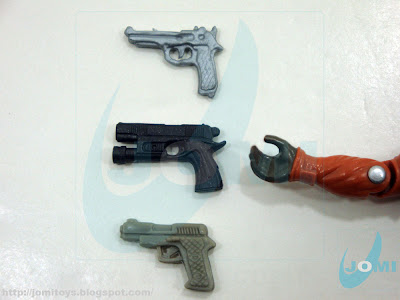 A great opportunity to compare the 3 generations of 9mm pistols.

Status: Unavailable
Posted by JoMi at 5.1.10