A very nice set, including a "rare" figure and a great motorcycle. 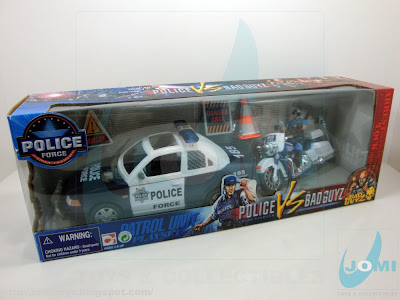 Another long gone item, this "cruiser" set should have been continued, or at least "revisited" as a "black and white", for instance. Nowadays, you can still find this item in the True Heroes Police Force Playset 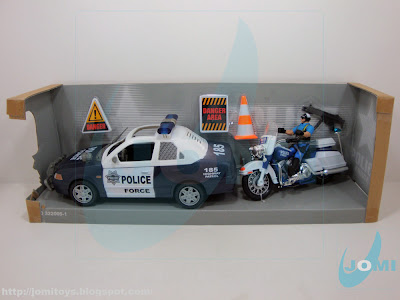 This "pre-SWAT" line had a lot of great stuff, and most is no longer available. This set is another great example. 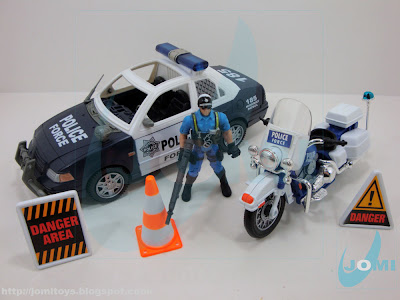 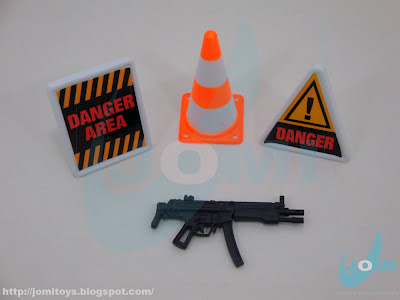 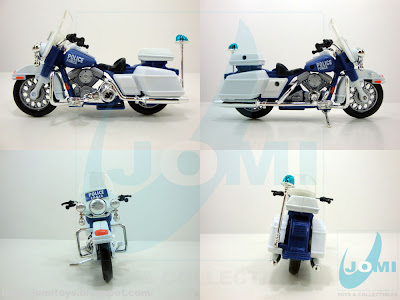 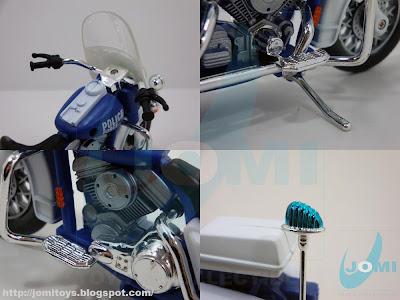 Great details on this "toy" version. Almost near model-like. 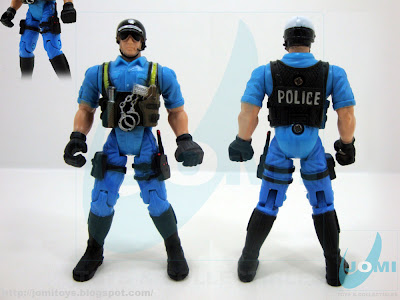 Figure: "Steel Armstrong". As seen before in more examples, Chap Mei DOES know how to do things and articulate figures. Who knows why they don´t spend more effort into it. This is a 3 3/4" figure, by the way. And its marked "Chap Mei". 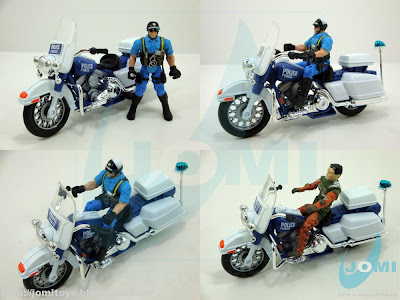 Scale shots with Chap Mei and Hasbro figures. That extra half-inch is enough for the figures not being able to get their hands on the grips. Very unfortunate. 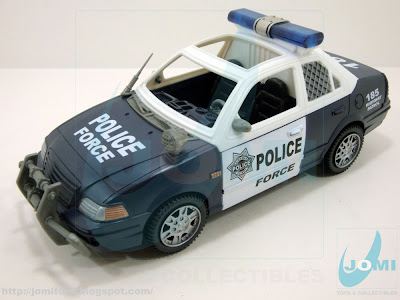 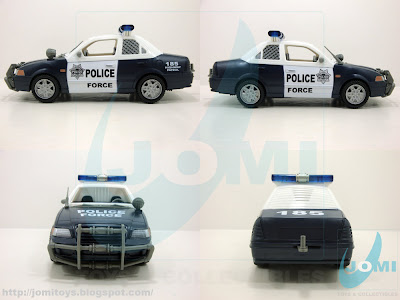 This also looks (besides being just that) like a "2 seater". The backseats, usually used for detainees... are simply not there. 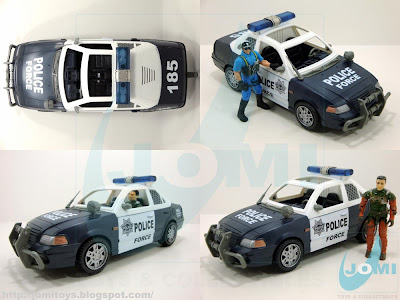 Status: Available through Amazon.com
Posted by JoMi at 4.1.10