Acquired in France during the great "Chap Mei crop" of 2008, this box is marked 2007. But this theme was, in fact, launched throughout Europe (and I suspect, the world - maybe not in Thailand) in 2008. 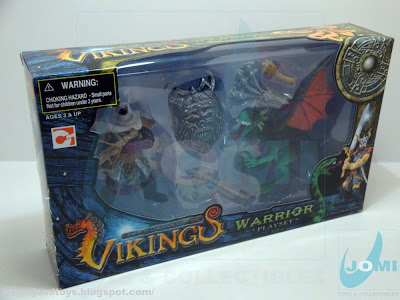 With a one-year run, some of these items are still out there for those who mean to find them. 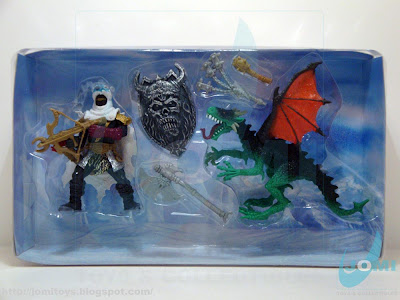 The background image printed on the back card of the blister is interesting. Similar to the "Arctic" box art. 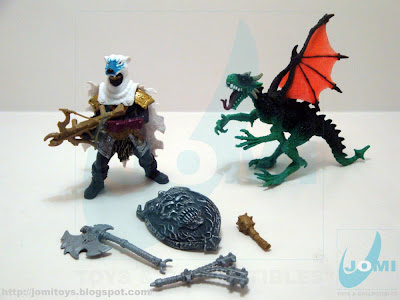 Included items. "Nereus" dragon figure also widely present in the "Knights" theme. For a better view of it, refer to "Legends Of Knights Deluxe Castle Attack". 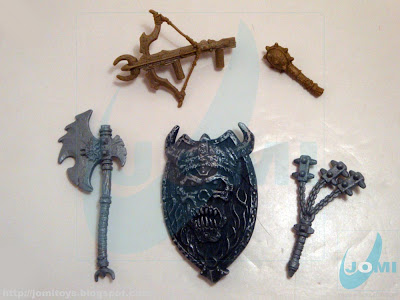 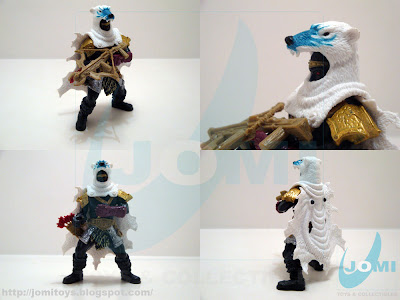 The bear skin (giving name to the viking figure) was initially included with a "Wild Arctic" figure very similar to the 2002 G.I.Joe "Snow Serpent" and later "Snow Wolf" in 2004 for the Valor Vs Venom line and movie concepts. 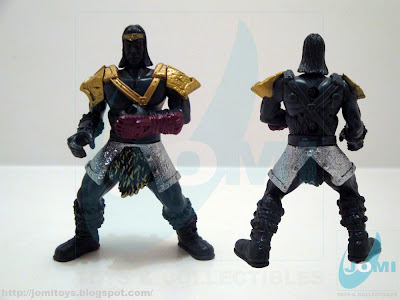 The figure: "Bearskin Jarl". His face looks like Megatron or Matthias Hues from "Dark Angel". 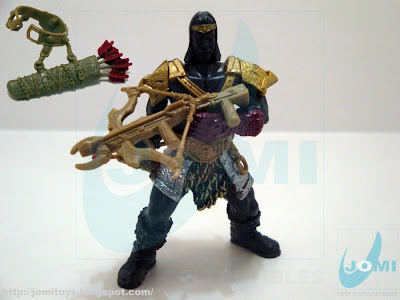 Very cool looking figure. However, although this guy´s waist is one point of articulation, his left arm is fixed on this position. Well, at least you can remove the weapon.