The "Police Force" series which left all Chap Mei fans in awe, not only had great vehicles, but figures as well. Their "Dreadnoks" per se... were a major breakthrough. 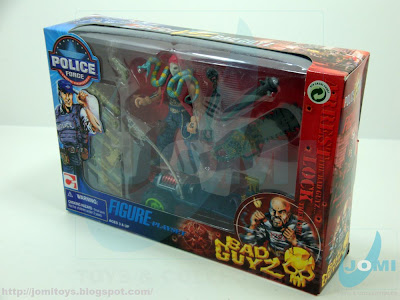 Experimenting with articulation here and there, Chap Mei has not yet developed a fully articulated figure, but some of the sculpting on these "Bad Guyz" figures was very, very good. 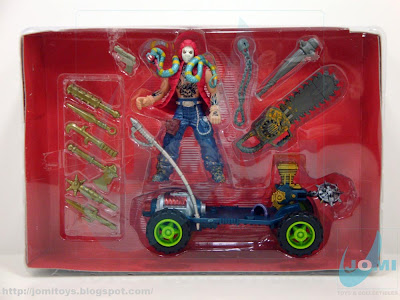 The gold weapons are very Ninja-like. But considering these guys were probably towards "melee attack", it figures. 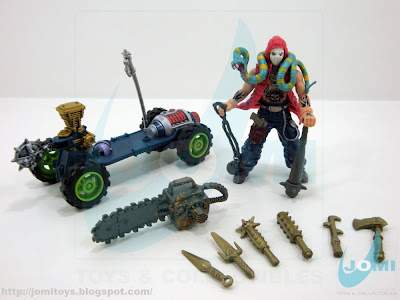 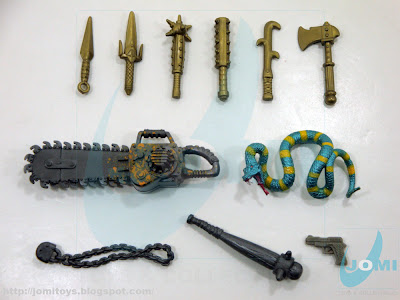 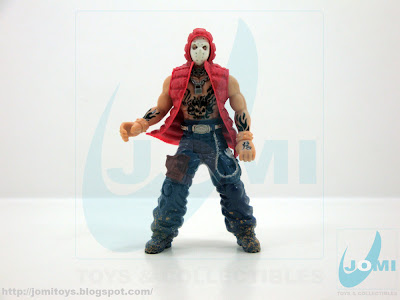 Figure: "Snaky Drake". We´ll finally get to review this one. 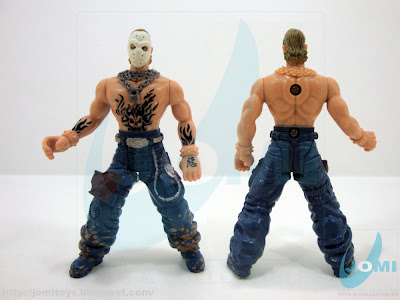 Removing the winter vest, a nice pimp hairdo behind the hockey mask. 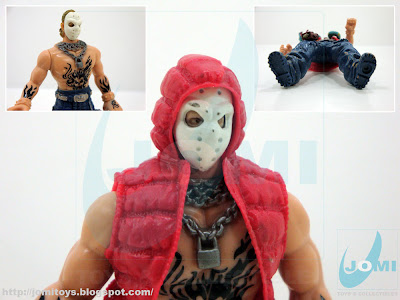 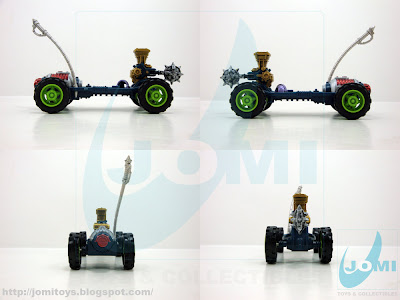 Using the same mold as the one later present in the "SWAT Police Crime Kombat Playset" with the "Swiftblade" figure. However, that one has a different weapon up front. 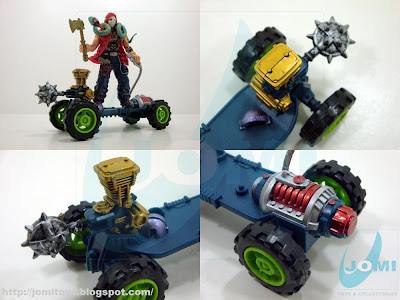 Some close shots on the details. That one-cylinder 4-stroke engine probably means to give some sort of a rotation action to the "middle-age" spiked club. And the same goes to the 2 edition of this "motor board" referred to above. 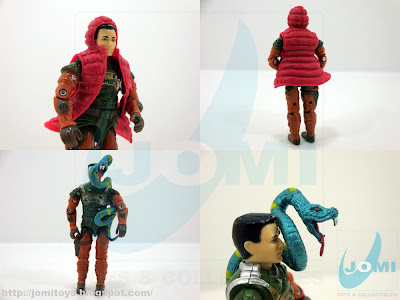 Scale shots. As far as customizing goes, the are some very usable items from this set.

Status: Unavailable
Posted by JoMi at 6.1.10