Another "new baby", and another great accomplishment in that department. 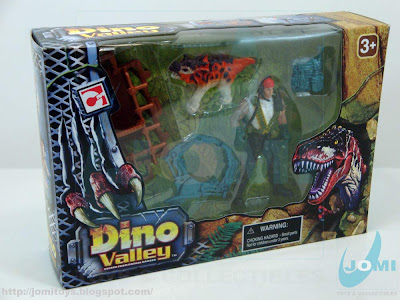 Another small set, and one can always get something useful out of these. 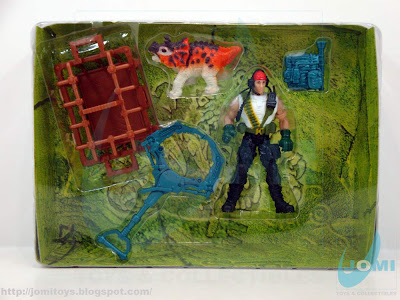 Not much else to say in terms of actual figure/accessories, since most of the parts included with the set were already covered here. 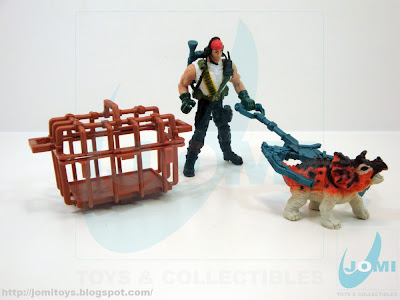 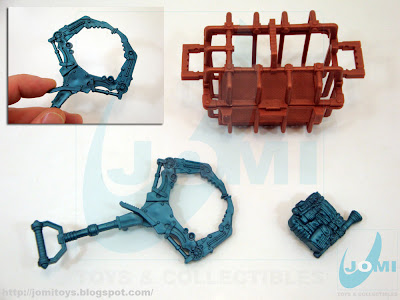 The accessories. The "pincers" dino grapple tool can also be seen in the "Dino Valley 3 Sling Rover VS Black Spine Playset" and the cage seen included with "Jungle Adventure Jungle Trekker Playset" where you can see it in more detail. Big enough to hold a figure. 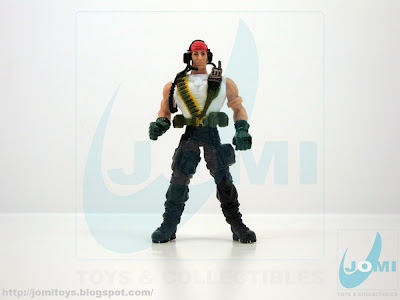 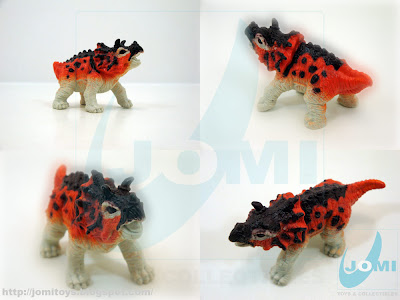 Baby Triceratops. Like someone said, these actually look like infants, not just smaller adults. This is one of the dinosaurs which gathered more controversy among scientists. If anything was ever certain about dinosaurs. But its posture always was the main theme mostly due to the weight of its distinctive head. Absolutely incredible how somewhere in time these creature truly existed. A common place to be and perhaps a misplaced commentary, but it still amazes me.