Before moving towards more vehicle set reviews, we end this "break"with a Police Force (Bad Guyz, actually) example of MOC figure. Having covered some major themes, it´s only fair "Police vs Bad Guyz" being represented. It became one of the most popular Chap Mei´s themes. 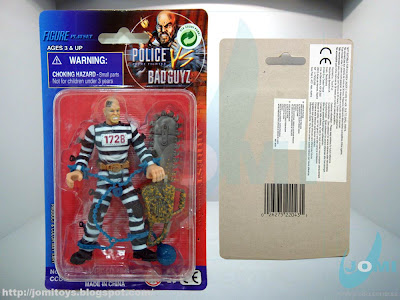 Figure: "Barrcode". For more details on this figure, refer to "SWAT Police Barrcode Arrest Playset". This figure probably has one of the most detailed head sculpts in the entire line. The expression is very good and it probably became underrated due to the amount of sets offering it. If it was harder to find, it could become an iconic figure. But, at least one can substitute its head and make a lot of "Dalton-looking" inmates.
Status: Unavailable
Posted by JoMi at 11.1.10