With a concept crossing the catamaran/multihulled boat and the airboat, this vehicle is cool and fast-looking, actually fitting the name "Speedzer". 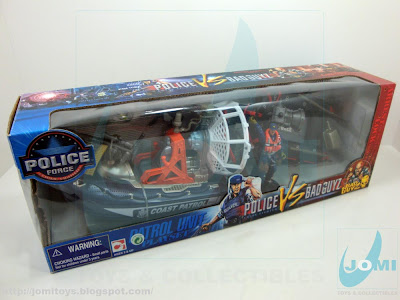 Also used in the "Wild Quest 2" theme, in a crocodile set, this variation allows the figure, "Captain Maxwell" finally having a contextualized vehicle. 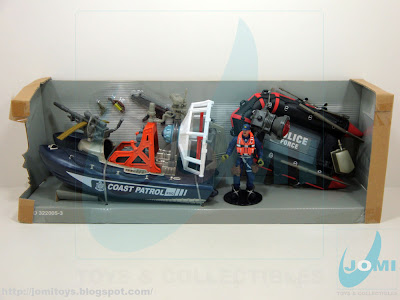 A coast patrol unit. Also including "Sergeant Thomas" as an extra would be a nice touch. 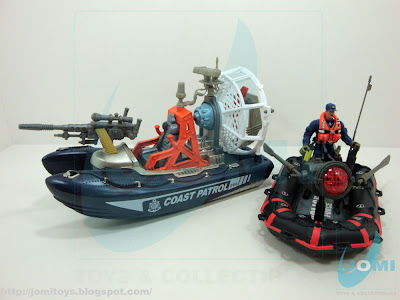 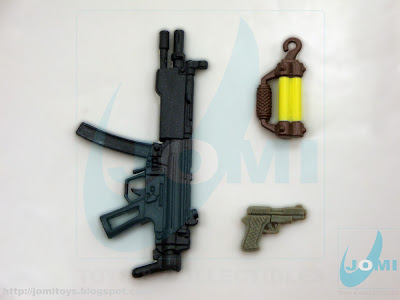 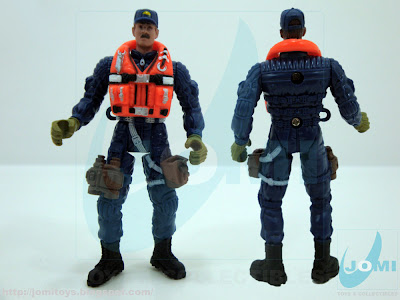 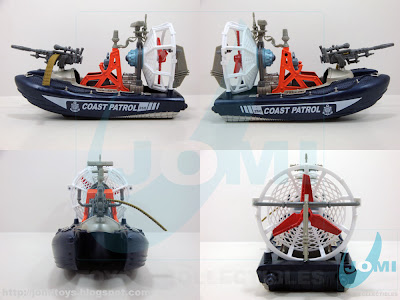 The best (or worst) thing about these sets being assembled and reviewed by "joe" fans is the immediate comparisons done with the Hasbro line. 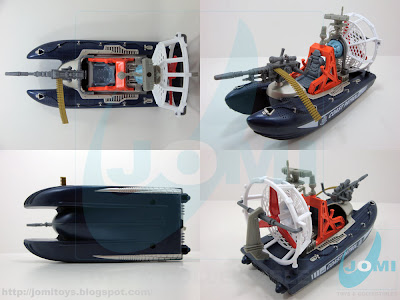 In this case, the first response to the hull shape was "Shark 9000". The differences are many and obvious, but I believe the resemblance is also captured. 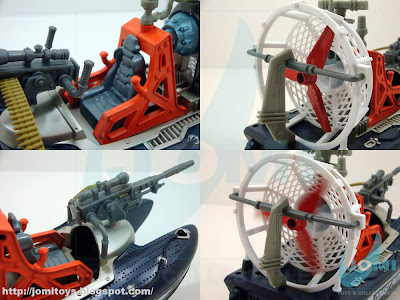 Detail shots. Interesting how CM keeps the seats fairly small, although their figures have "wide shoulders". 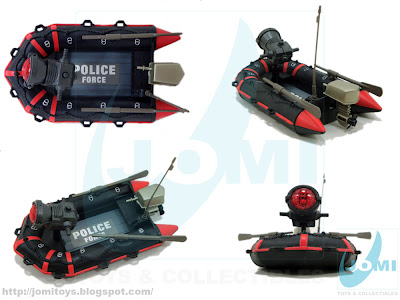 The raft. Totally "Night Landing", this mold has many, many years of market. From the "Soldier" to the "Police" line, with appearances in the "Rescue Squad" and others, it was extensively used in the past, and still is in the present. Rightly so, since it´s one of the most simplistic, yet perfect vehicles CM ever did. 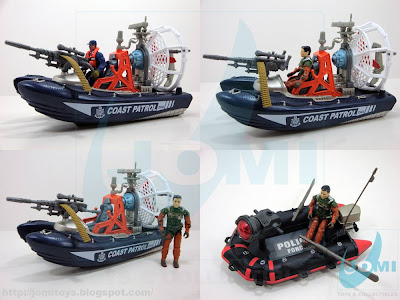