Not really sure why it´s called "Special Trooper", because it´s pretty much the same items included with the regular sets. The 2009 sets, however, with working parachute like the "Soldier Force VI Peace Force Paratrooper" or the abseiling " Soldier Force VI Action Figure Playset - Captain Deadeye", have a lot more special to it. Then again, all of these are supposed to be Special Ops troopers, in their own way... 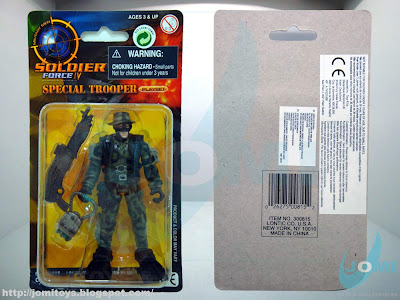 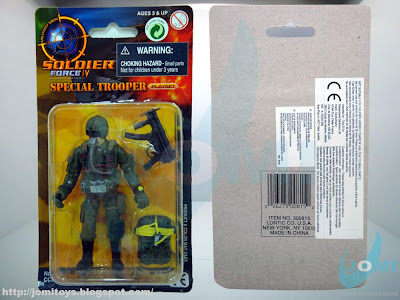 Most, if not all 12 "Soldier Force Series IV" line figures became available single-carded after 2001. Similar move used with themes like "Police vs Bad Guyz" and "Wild Quest". Figures ranging from US$1.5 to US$2.9 around Europe. Later, all their -official- themes had ranges of choice from 1-figure to 6-figure packs. And so did their TRU counterparts "Elite Operations" and "True Heroes".

Status: Unavailable
Posted by JoMi at 9.1.10