One the biggest Zoids  (designed after one of the biggest dinosaurs), the Ultrasaurus is much more than a robotic attack vehicle. It´s a playset! The most recent Zoid (according to ZOIDS2 history in 1996). Watch as it walks towards battle. It´s head and neck bends and contracts, jaws open as its scary side weapons explore the sky, ready for any attack while that massive tail sweeps the ground. 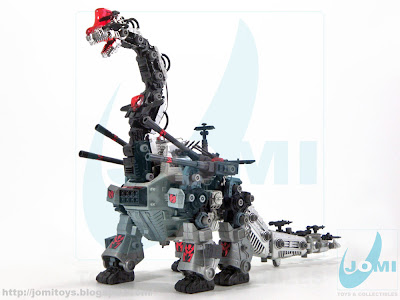 Based on the Brachiosaurus sauropod dinosaur, this robot monster is yet another of TOMY´s finest creations. 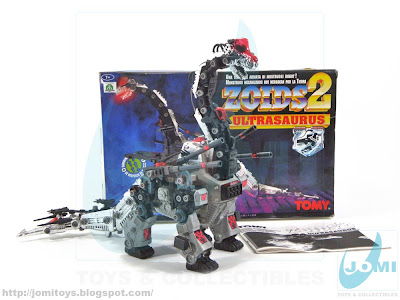 Complete with box and instructions. 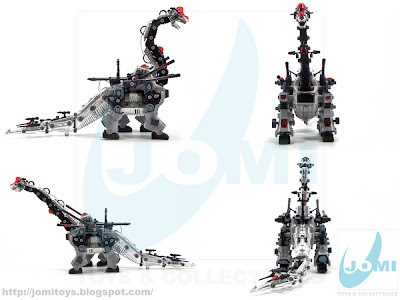 Distributed in Western Europe by Giochi Preziosi, it´s one of 8 Zoids from the ZOIDS2 line and the only actual wave to reach that part of Europe in the late 90s. 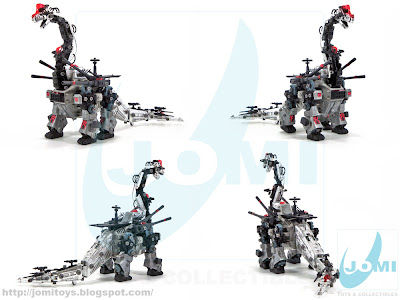 A beautiful toy, if you like either robots or dinosaurs. Even if you don´t, this "animal" is still very impressive. 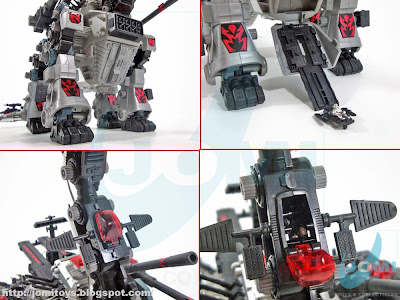 Chest opens to reveal a compartment with a slide to launch a small ground attack vehicle. Neck houses the radar station and operative´s cabin. 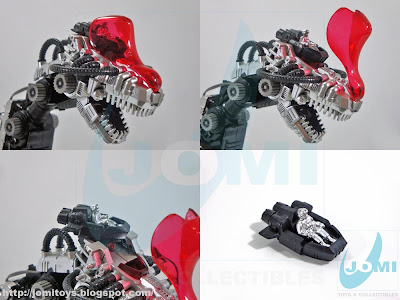 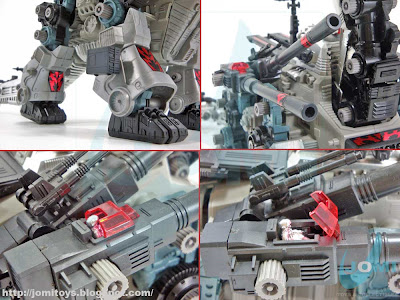 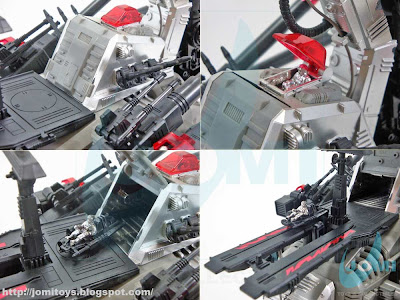 Launch platform with hangar (includes one fighter ship but has capacity for two). 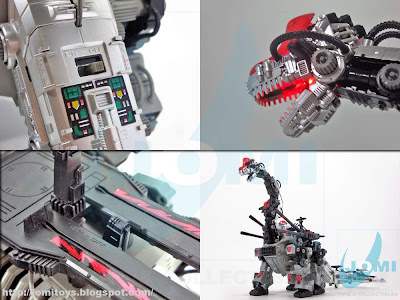 AA battery compartment switch turns lights on, LR14 switch makes this Zoid walk forward, move the cannons up and down and tail from side to side while neck bends and contracts. 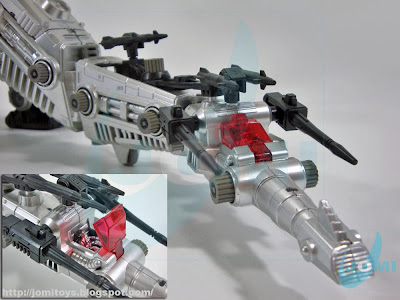