A great resculpt for a figure in desperate need after its 1995 "Hulk" version. 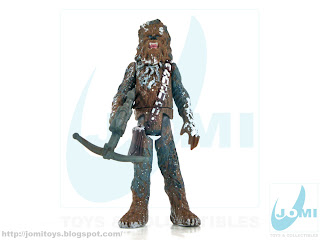 The Hoth scene is one of the most memorable Chewie screen shots. This sculpting captures the moment pretty well. 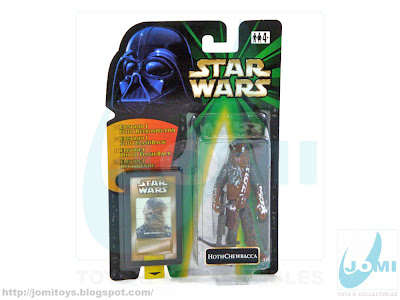 The Episode I Flashback Photo figures were part of the new wide use of the Star Wars brand after the ´97 boost from the Special Editions of the original trilogy movies. These new figures helped jump start the figure collectors towards a "not so toy" line of items... 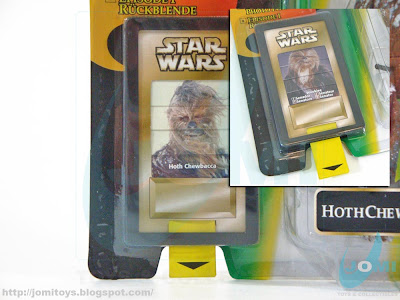 Back then (in the future), and now (in the past). Pull the tab to reveal the Episode I related character. 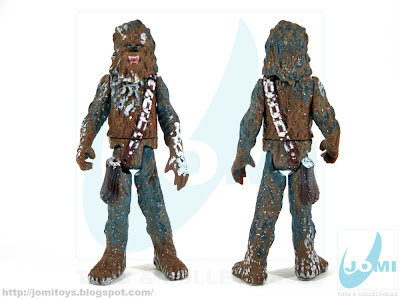 The figure is actually very good. It captures the feel of the vintage Chewbacca while bringing the detail of modern action figures. And of course, the snow-covered fur. 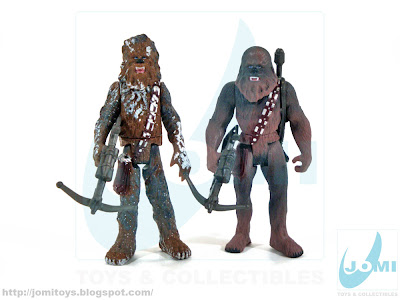 Comparison between Flashback Photo and 1995 red card release of Chewbacca.