One of the best paint jobs during the first post 95 releases, including its pilot! The fastest ship in the feet... was not the Falcon, it was the A-Wing fighter! An absolute must for a true fan! 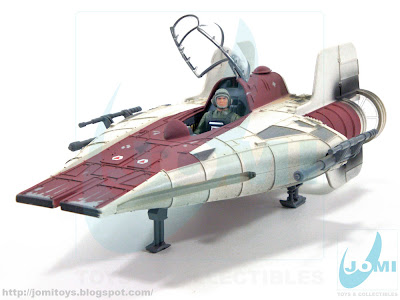 "The A-wing is the fastest fighter we have, capable of matching a TIE Interceptor in speed." 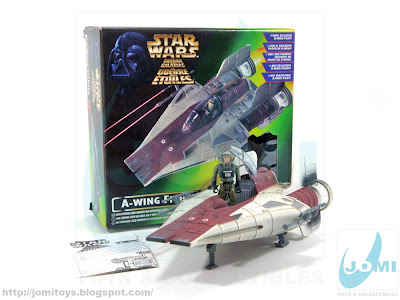 Complete with box and instructions! 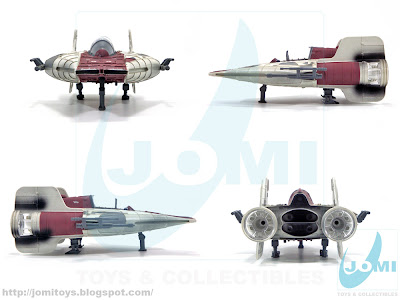 In comparison to the vintage 1985 "Droids" model, this one does NOT pack SFX. It is, however, the same mold and basically with a more "used" look. Outstanding craft! 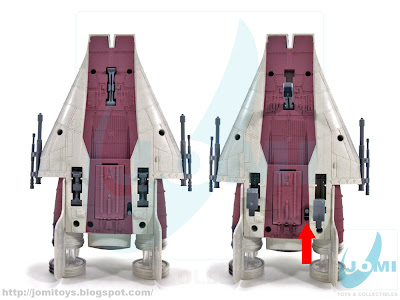 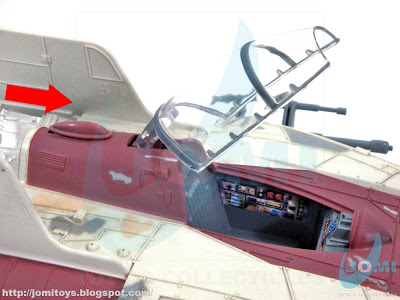 Cockpit opens by pushing the lever forward. A smooth opening, one should add. 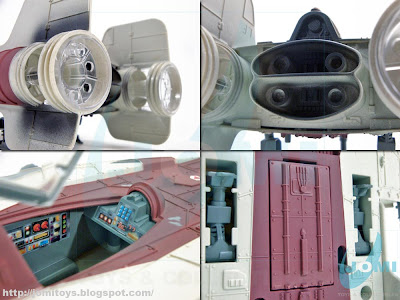 Detail shots. Bottom right pictures shows the compartment for the batteries used with the original vintage A-Wing. This "remake" also comes with its place, but with no electronics. 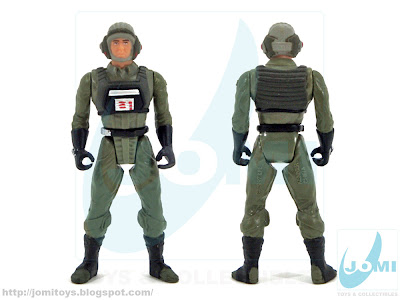 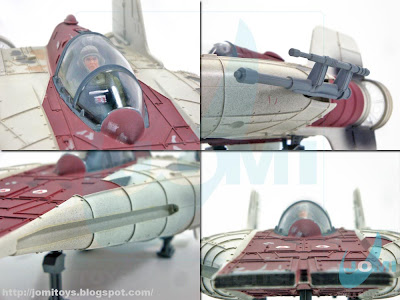 The A-Wing was a great interceptor fighter. Actually, it derives from the Jedi fighters. Well armed (2 concussion missile ports and 360º firing capability cannons ) it is a beauty to fly in Star Wars games.