The Hoth Rebel Soldier was first available in 1997 (green card, that is).  Part of the most loved "Empire Strikes Back" set of figures/ vehicles, this figure couldn´t be a lot better when we think about the majority of Star Wars figures of its time. But it was a Hoth figure, and that is always an excuse for minor mistakes... 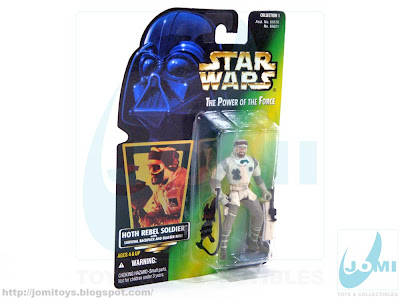 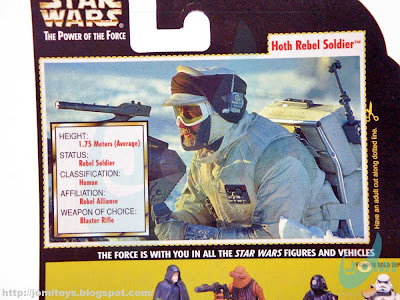 Before we go on through some (actual) figure pictures, let´s focus on this image. The light, the detail, everything the movie screenshots brought to the Star Wars huge fan base. 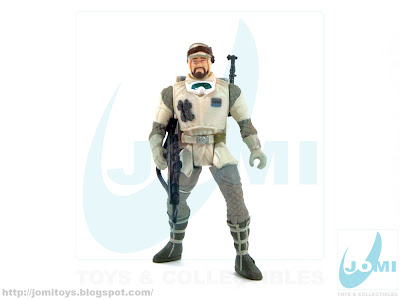 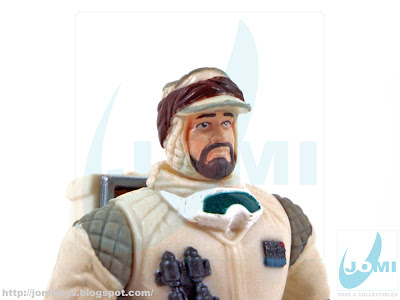 Not bad. The common Hoth Rebel soldier had beard (to better face the cold weather) and all its extreme cold weather clothing sculpt. Large soldiers just like many of post-1995 POTF2 figures. 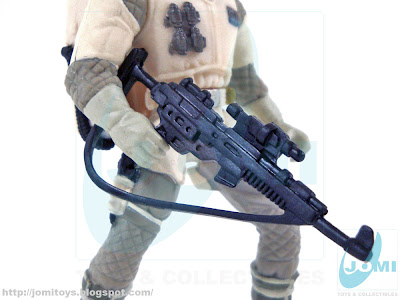 Now the blaster rifle is pretty cool. Too bad it´s made of soft PVC. But looks good. 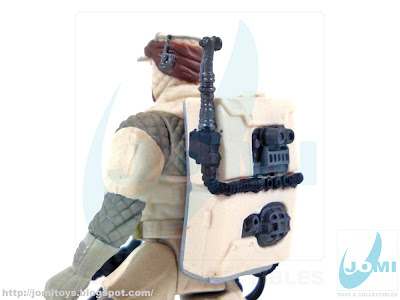 For a figure from 1997, which already has seen a Legacy Collection "redo", it does its job next to its POTF2 collection counterparts. A must for a Star Wars fan. Probability says Empire Strikes Back

is its favourite movie of all done.