Masters of the Universe 200X Tri-Klops

From the 2002 series of Mattel´s Masters of the Universe line, another fan´s favorite. Inventor and technologist for Skeletor forces, the (in)famous Tri-Klops. 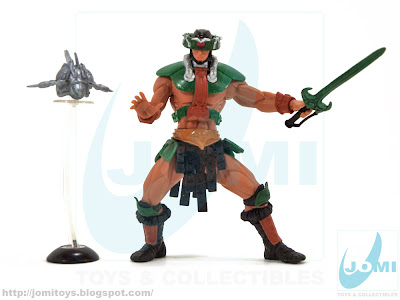 Along with Skeletor and Trap-Jaw, one of my childhood´s favorite. Probably because of its swordsman look or the 3-eyed helmet... or the role the character had in the TV series. This renewed look also came with a considerably different background for the new TV series. 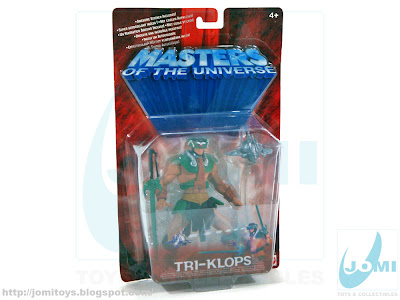 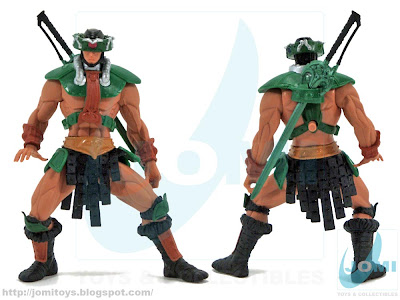 The cybernetically-wired helmet is one of the key features of this figure. And it looks awesome. The sword perfectly fits the opening on the back of its vest giving this figure the ancient warrior look who was originally meant to be a heroic figure instead of a villain. The colors remain true to the original concept, but naturally upgraded. Doomseeker spy drone. The most brilliant of Tri-Klops inventions. With a plastic stand, the robot can actually detach from this base. Great sculpting. 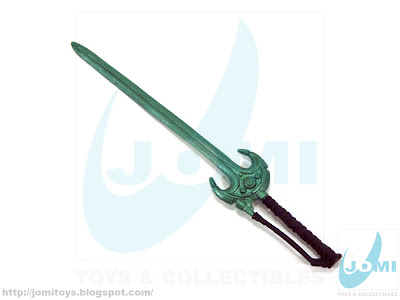 Included accessories: Sword. Another upgrade from the original design, this weapon is a constant reminder of Tri-Klops origins as a noble swordsman. 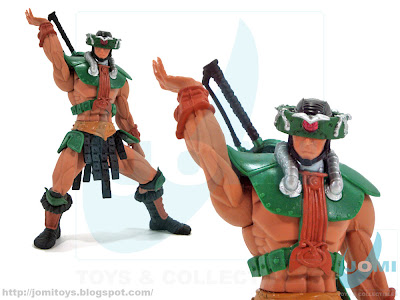 The defender of a scientific research center, and tricked by Keldor (soon to become Skeletor), Tri-Klops joined the Evil Warriors and turned into one of Skeletor´s most loyal subjects. 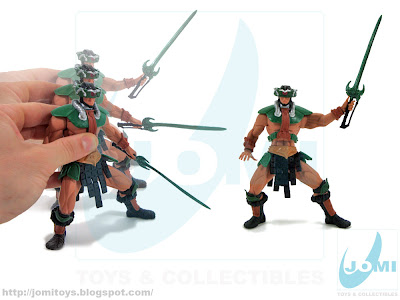 The action button allows the figure to perform a slashing move. Pretty much it. 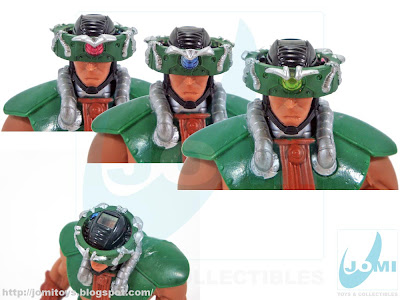 And finally, the reason for its name. Originally though out to be electronically operated, the eyes would flash with an internal light. Time or budget restraints made Four Horsemen Toy Studio come up with a different solution. Similar to the process used for Hasbro´s Star Wars Jawas figures, light is tunneled to the "jewel" eyes and they are lit up accordingly. Still shinny... and new! What a great figure...