A covert-ops especialist from the Iron (Eon) Kid series, Shadow is a rehabilitated criminal who works for the CDF (Government Central Defense Force). 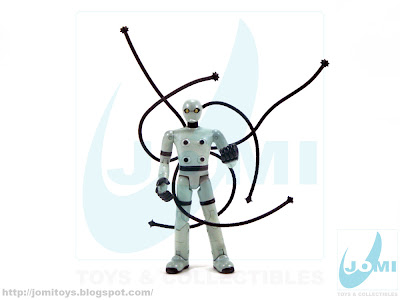 Combat weapons "freak", this character is known to have over 100 weapons. A robot, was reprogrammed after an 18 month pursuit. 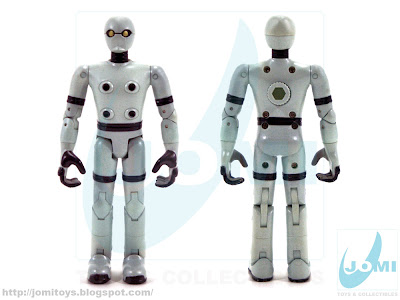 Very decent 6" figure, with a great pearl color, has many articulation points. Unfortunately, the hands are not articulated, so there are only a few things one can put inside its big hands. 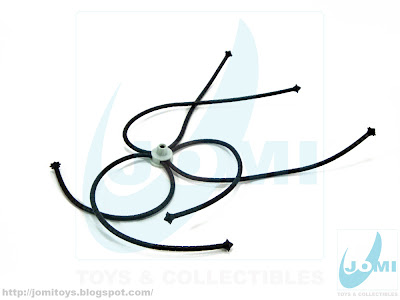 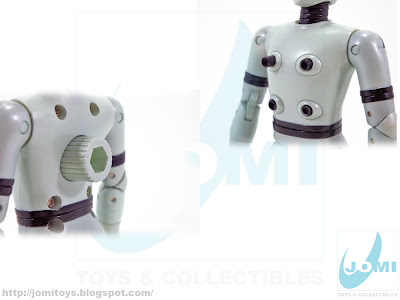 The accessory attaches to its back and when rotating, the front cannons on its chest go back and forth cyclicly. 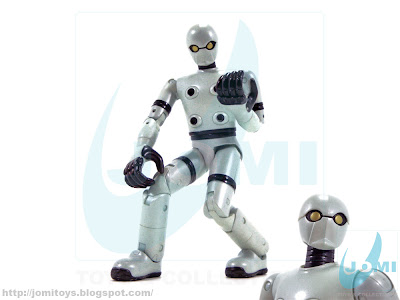 99% loyal, sometimes forgets which side he is on and constantly changes. Bad programming!!! 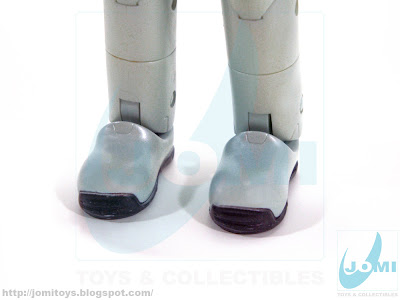 A curious detail, 2 right feet. I´ve seen other figures from this line with the same problem, such as one Violet figure which had 2 left hands. While common, it seems to be random.