As requested, a vintage a classic set from Geobra´s Playmobil. Pirates! 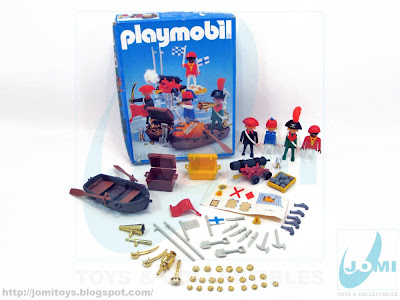 Originally released in 1983, this set as most of others of its time, had about 6 to 8 years of official continuity. In many countries, it was sold for over a decade! 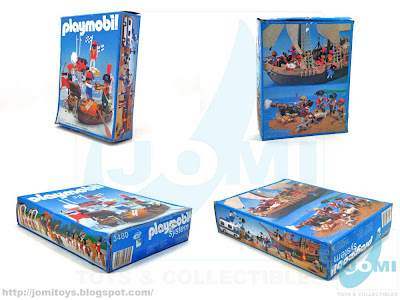 Box art. From movies to their own time, pirates always have their place in collector´s hearts. 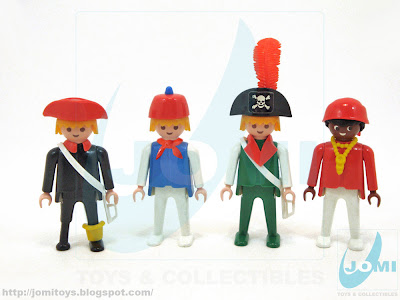 Included figures. The most notable feature in this particular set (and release - in Western Europe) is the absence of the green pirate´s hook. Replaced by a common swivel hands figure. Both here and in Pirate Ship 3050, and pretty much any other set which originally included the hook pirate. 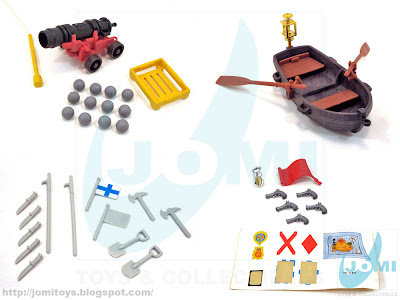 Accessories. Large lot of any and every single thing a pirate would need to be... a pirate! The raft is a classic Playmobil "vehicle". One of the coolest ever. The spring loaded cannon (functional). As many of you know, in many parts of the world, this mechanism was removed due to child safety rules. 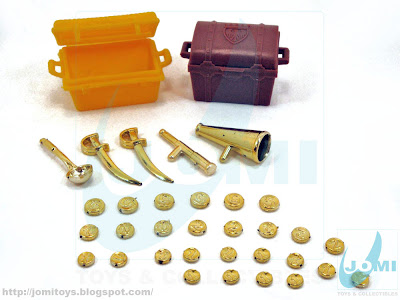 And finally, the loot! Immaculate golden parts (they get sctrached and dark very easily).