A great release by Toys R Us in 2011, this aircraft is one of the most recognizable helicopters in the world. And this is a great toy! Another big thanks to our team member and greatest treasure finder of them all, Jo. 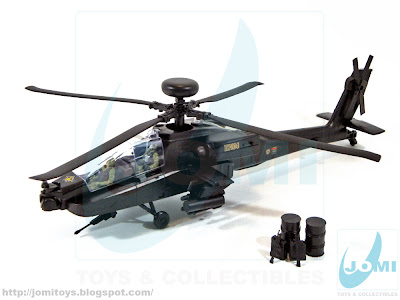 Motor Max creation, like previous TRU realeases such as the Black Hawk and the F22 Raptor. Both hardcore beauties as well. 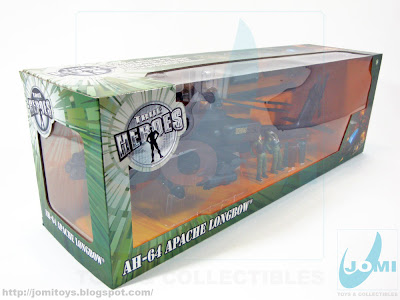 A Boeing oficially licensed product, this helicopter is a dream come true for G.I.Joe collectors, especially the vintage size enthusiasts. Hasbro´s line AH-74 was a disaster and a decent version was on everybody´s list. The call has been answered. 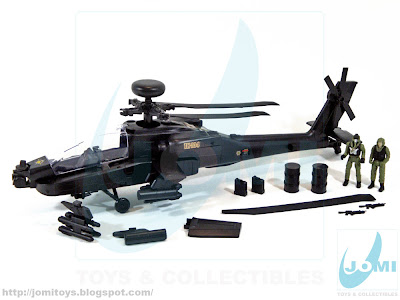 Included parts. Some assembly required. Basically, for the parts they couldn´t fit on its box. 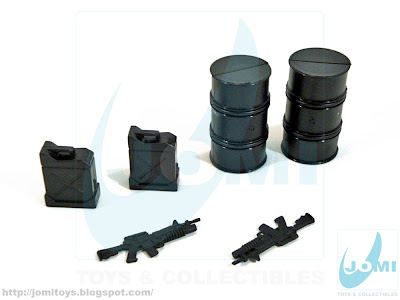 Included accessories. Pretty much the same (or in the same line) as the ones included with the other Motor Max True Heroes sets. 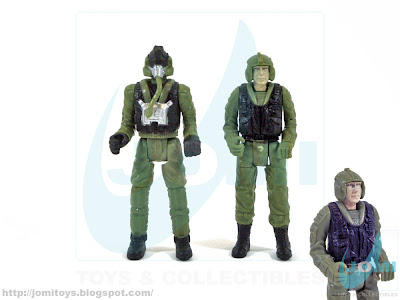 Included figures. While the "pilot" was, again, the same guy used to pilot both F22 and Black Hawk, this set included a curious and sort of usable figure (at least the head). 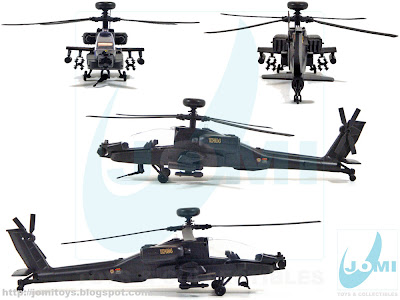 Boeing AH-64D Apache - Longbow. Developed to replace the AH-1 Cobra, this attack helicopter is still today, one of the deadliest things in the air. And this toy representation is hot! 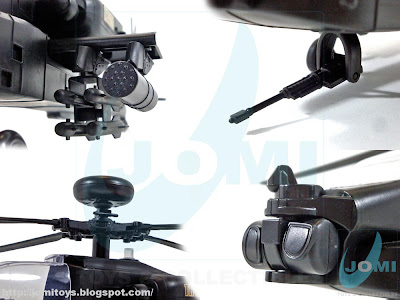 Detail shots. Missiles do not come off, but the sensors do rotate as the 30mm gun. Longbow nomenclature comes from the dome on top of its main rotor. It houses the AN/APG-78 "Longbow" millimeter-wave Fire Control Radar. 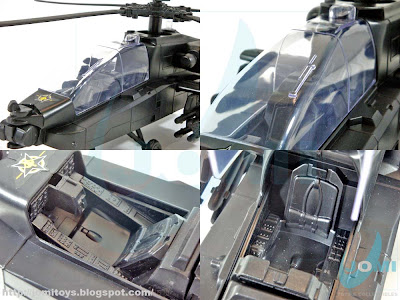 Cockpit view. Decent enough, it does not feature the tandem cockpit the real Apache has. However, once closed, you won´t feel the difference. 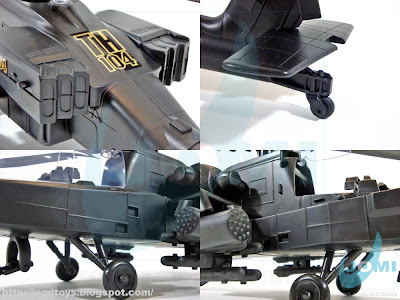 Interesting attention to detail. The steps designed and punched into the mold was a great treat. Other than that, the expected little details are all there. 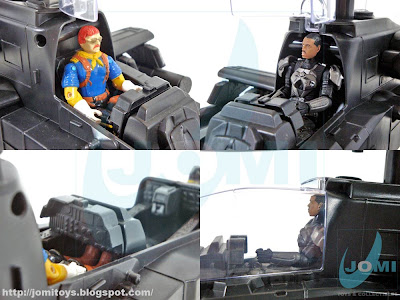 ARAH GIJoe and ROC comparisson. While a perfect fit for 3 3/4" figures, most of the post-25th anniversary figures will have trouble fitting. 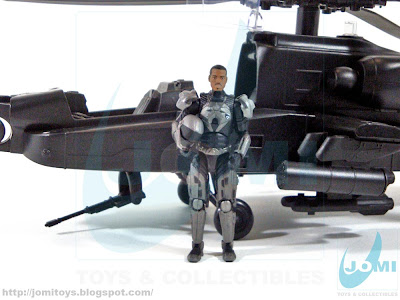 New Joes look great near this bird, though. 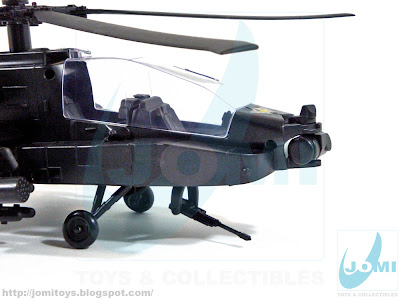 Final note. A must for any G.I.Joe collector, this was as referred above, an eagerly expected toy. It does its job beautifully and without major flaws. Either use it as it comes, paint it or even a little more customization will make this AH-64D Longbow look like the Rise Of Cobra birds.  Some of you might remember a previous post about a Goldlok AH-64. Well, no need for a new Apache now... or maybe we´ll do it anyway!

Thank you for visiting!