Masters of the Universe 200X Stratos

Stratos, Heroic Warrior and leader of Avion´s Bird People. Relaunched in 2002, the character´s also retouched background kept him as a Master. 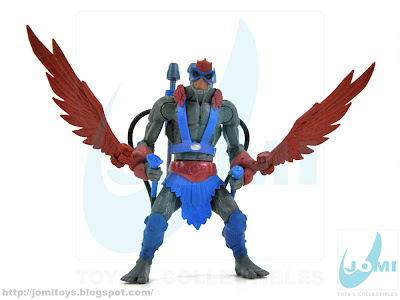 Now packing control joysticks for his jetpack and widespread wings, this is a very cool figure! 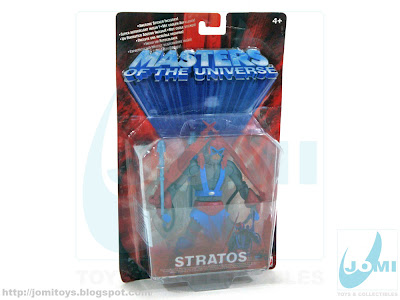 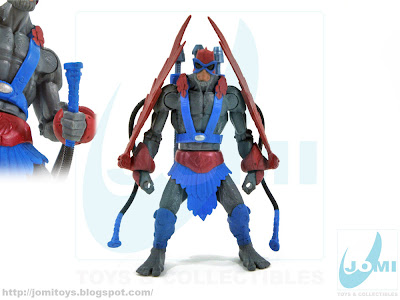 The joysticks are detailed with buttons and although they can be removed from Strato´s hands, the jetpack is permanently attached. Most a pitty... 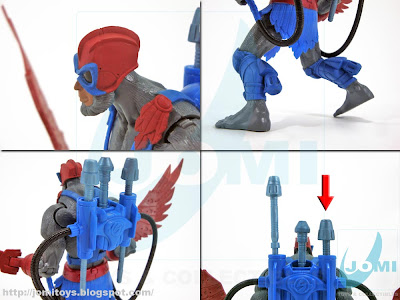 Detail shots. The helmet conception is a nice touch and comes with a firing missile... no need for those hand blasters anymore! 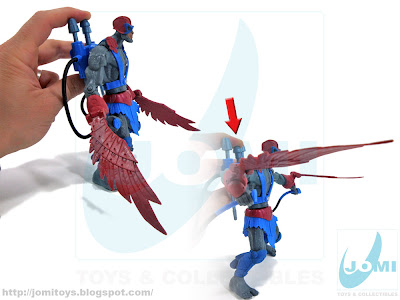 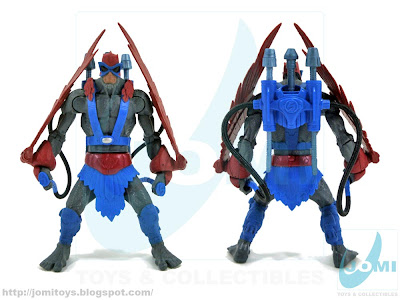 Another great re-design by Four Horsemen Toy Studio. It is said this figure was going to be black skinned, but ultimately, due to design reasons, the concept was turned down and Zodac was the chosen figure to respond to Mattel's request for racial diversity. 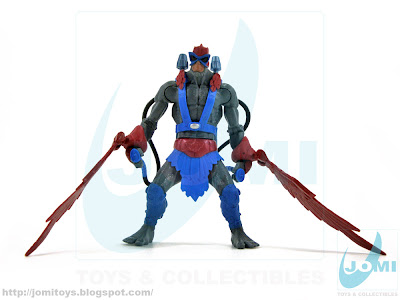