"Cruise missile troopers were Stormtroopers  of the Galactic Empire outfitted in cruise missile propelled armor. They were armed with twin laser cannons and two missile launchers attached to the two engines". 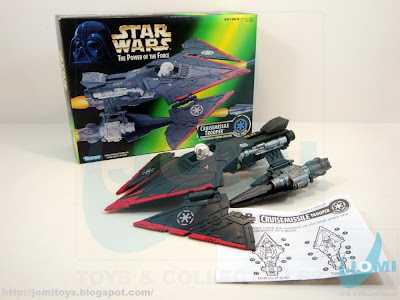 "The only appearance in Star Wars mythos so far is as an action figure of The Power of the Force 2 Kenner toy line". 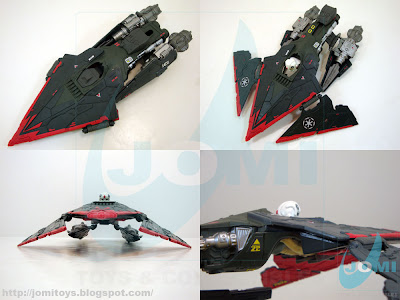 The only thing to point out is the fragility of the white plastic helmet. This actual toy was stored immediately after assembly a few years ago and the slight yellowing appeared.