Due to the humongous size of the included camel and the considerable high price for this set, it was never a primary choice, but as you´ll testify, under US$15 it was a good catch. 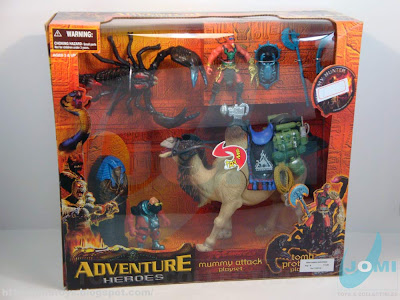 Box reads "Mummy Attack Playset", but like so many other bootlegs, for then it´s actually just a... box. 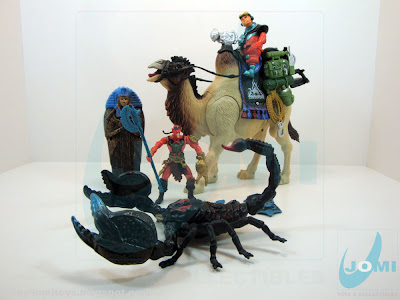 The included items. The original set came with "Captain Sandy Storm". Here, it was - thankfully - replaced by "Marcus Mole". 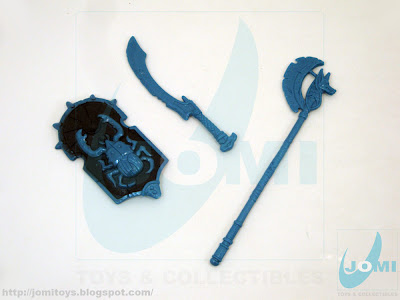 Included items. The shield comes with no handle. And it´s actually NOT the included figure shield, but to "Anubis" and "King Tutenskull" 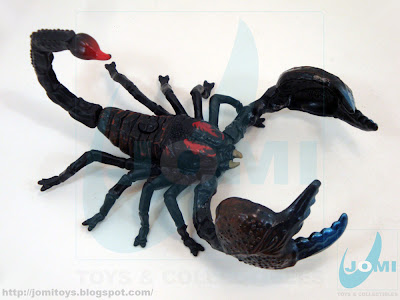 Now this Scorpion is cool. Not as effective in its button/claw mechanics as the original, but as a static model, the difference is almost imperceptible. 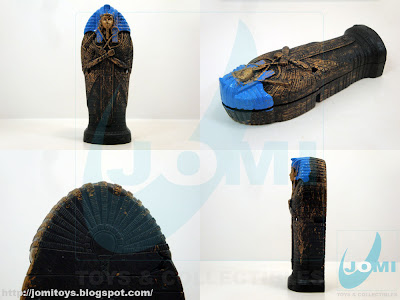 The Sarcophagus. The 3rd around here. One original, 2 GREAT bootlegs... and all bound to make part in a future diorama... 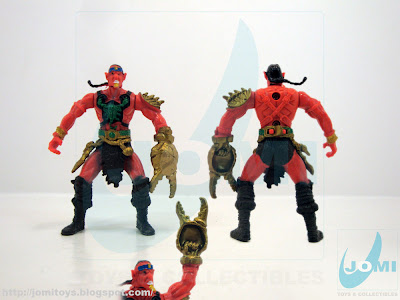 The figure: Bootleg "Bomani". It doesn´t break into 2 for use with the Scorpion. And the claw is molded into his hand.  For the original, refer to Adventure Heroes Giant Crawler Playset - Scorpion 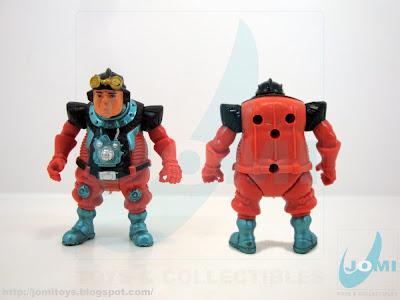 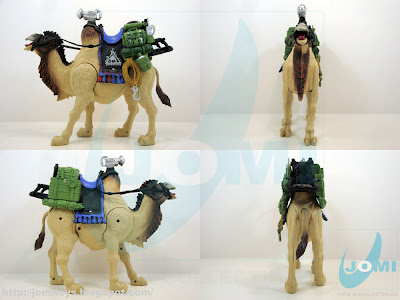 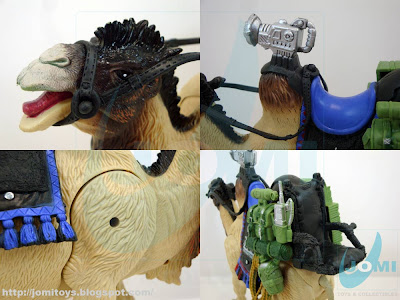 Detail is great, of course, even knowing it´s a bootleg. Would you tell the difference? 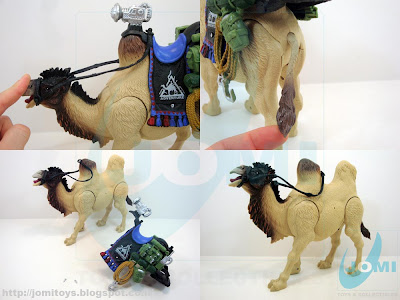 Action include SFX when pressing down its head, swinging tail and removable apparel. Very good mold. Unfortunately, too big for 1:18 scaled figures. 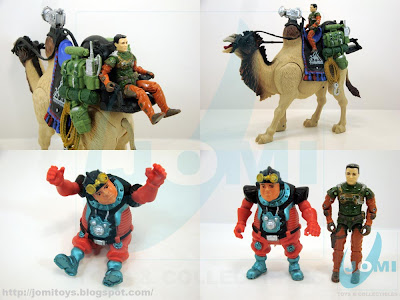 Scale shots. Mole´s head is scaled for the camel...